This is perhaps the most distinguished illustrated Haggadah produced in Europe during the 19th century. It contains a plethora of innovative copperplate engravings, including one showing the temple as the dome of the rock.
This Haggadah from Trieste represents a radical departure from the standard Haggadot of its time. Produced in an age when the Venetian and Amsterdam Haggadah illustrations were being copied and re-copied in seemingly endless succession, this volume displays a welcome freshness of design.
The engraved title page clearly announces the volume’s deviation from the norm, presenting the figures of Moses, Aaron, David and Solomon within an elegant Gothic frame.
Within the Haggadah itself, almost every page contains a large engraving above the text, drawn by C. Kirchmayr. Though inspired by the iconographic themes of the past, these engravings are not a mere aping of the current stereotypes. Among the illustrations are: the Akedah, in which Yitzhak is shown kneeling in a Christian prayer position; the city of Jerusalem, in which the Temple is shown in the form of the Dome of the Rock, as seen in the Venice Haggadah and its derivatives; and the family conducting the Seder, wholly novel in its depiction of a middle-class Italian Jewish family of the artist’s own time. 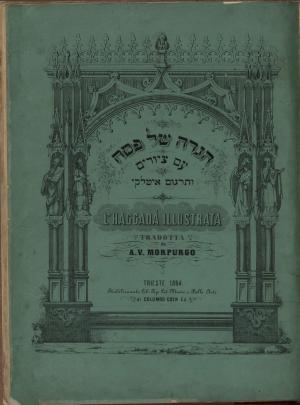 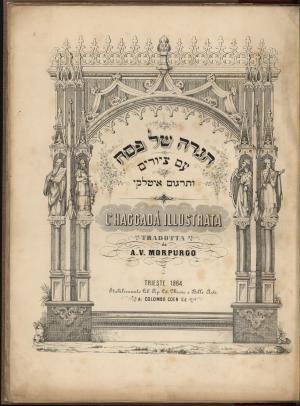 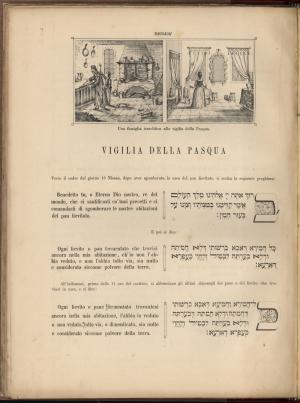 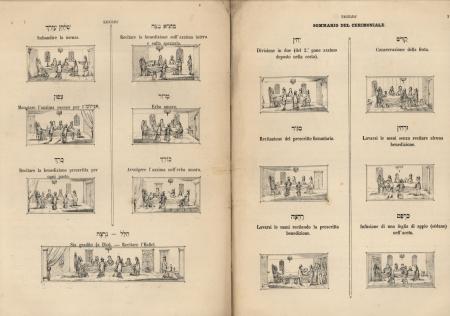 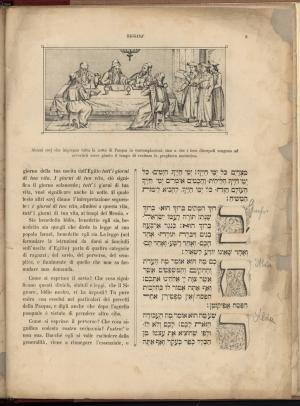 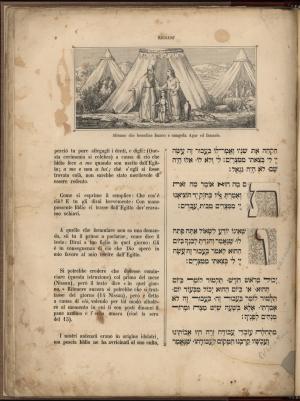 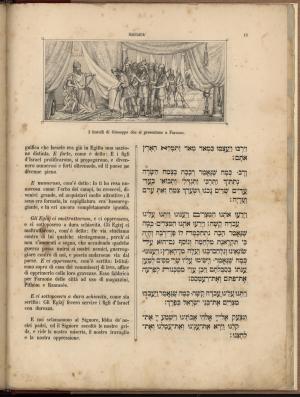 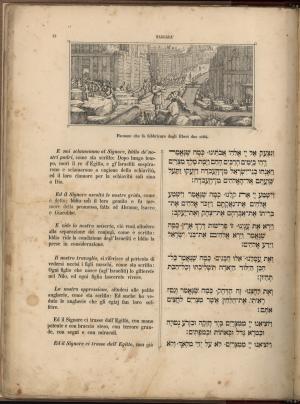 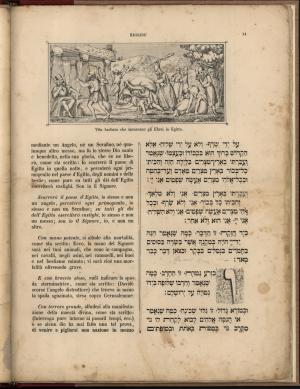 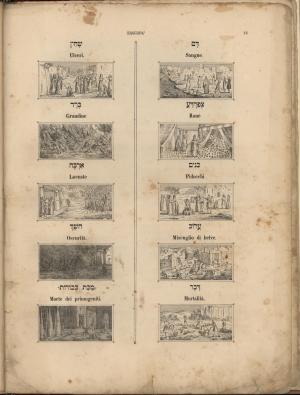