During the 19th century there were numerous editions of the Haggadah published at the Hebrew presses of Livorno. Many of them carried the same set of illustrations as in this edition.  There were also separate editions with the commentary in languages suitable for different Jewish groups. This example has the commentary in Ladino. 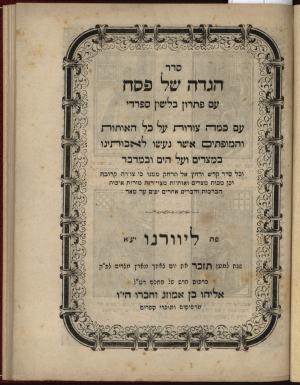 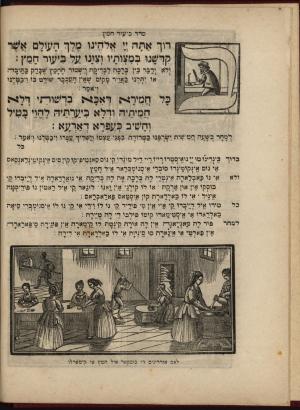 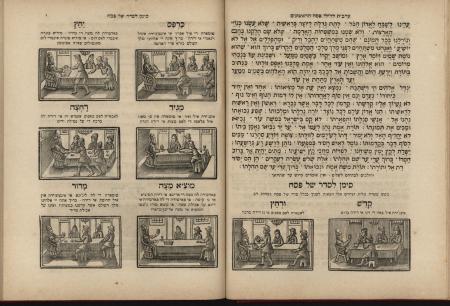 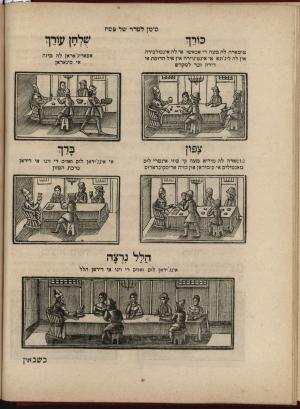 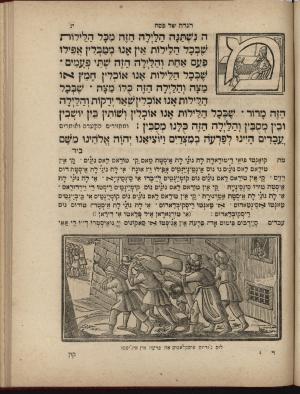 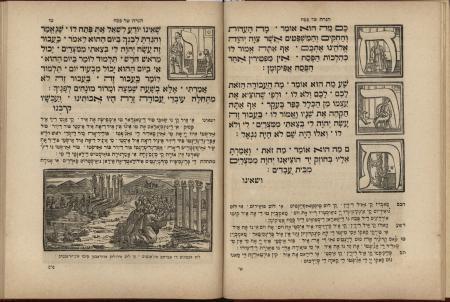 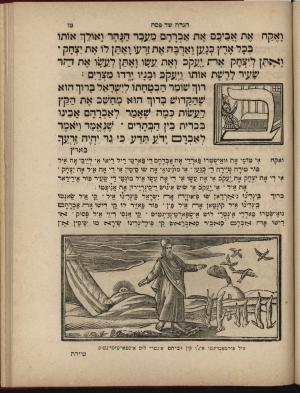 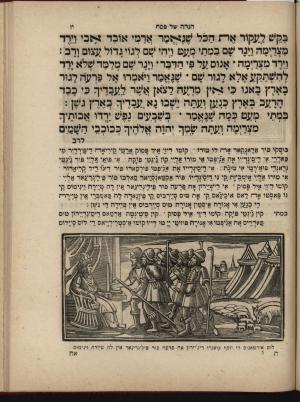 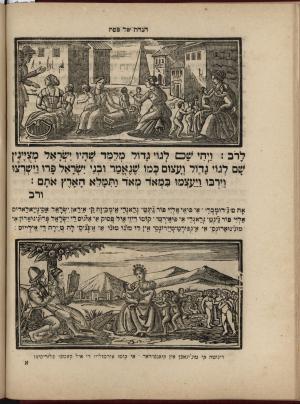 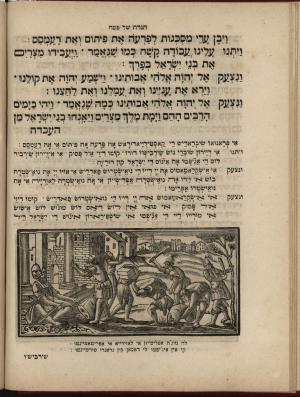 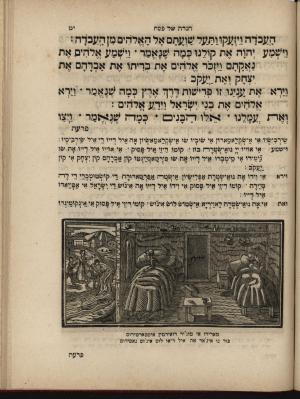 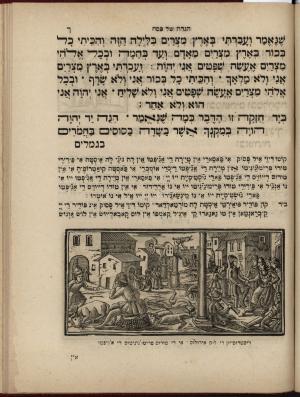