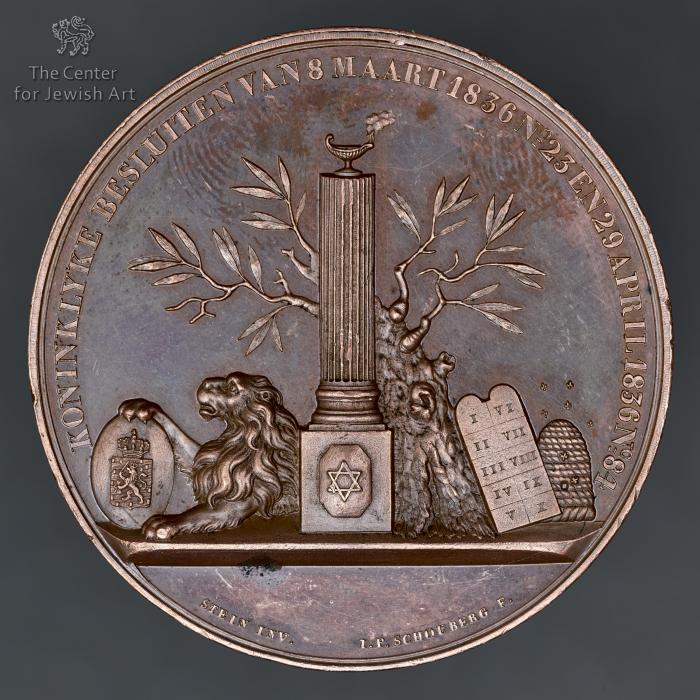 "Supreme Commission for Jewish Affairs", an institute that organized Dutch Jewry during the 19th century for many years and awarded both silver and bronze medals of this type to the young men who graduated the Dutch Jewish Seminary.

Reverse: bending tree, pillar with a Magen David base, Tablets of the Law, a lion holding an emblem, and more. 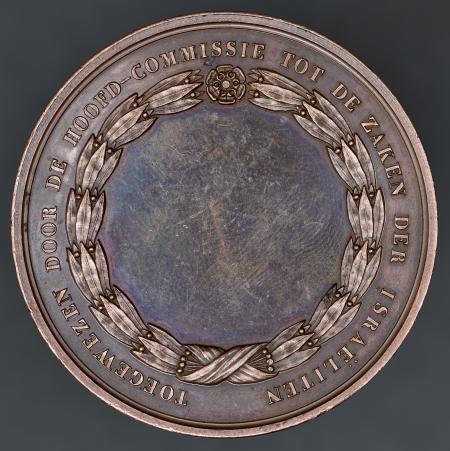 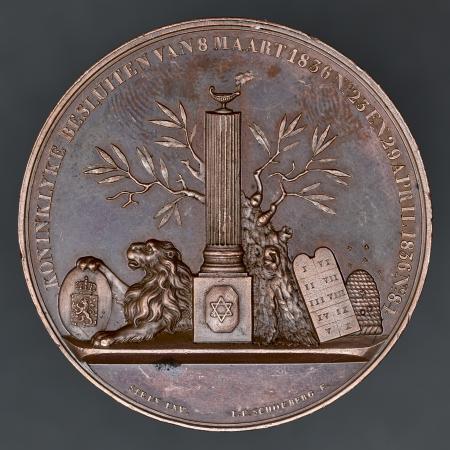