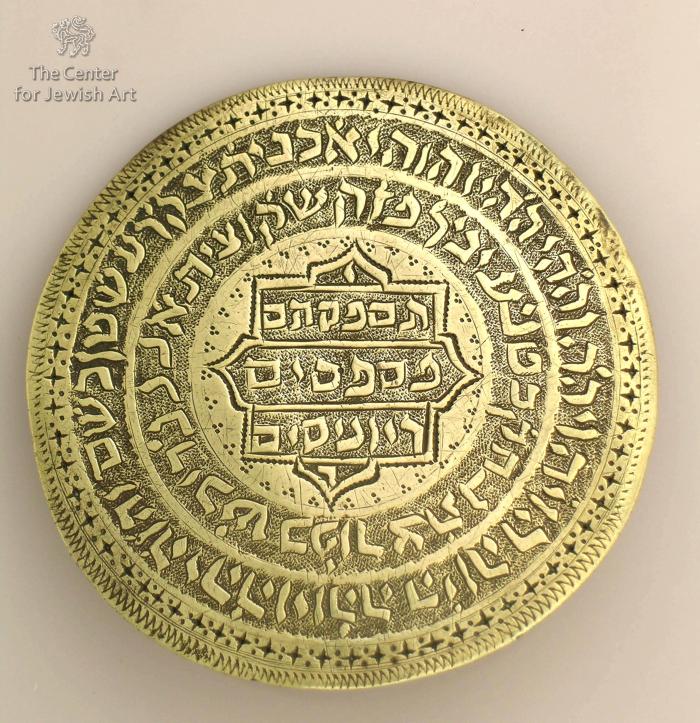 Iran is the area of the Jewish world in which the use of amulets is most prevalent and from which the greatest quantity of amulets has survived. There are many categories for these talismans, including an extensive group of those executed in brass rather than silver. This is an aesthetically-designed round brass amulet with exceptionally fine workmanship. The metalworking techniques include punching, chasing and engraving. The inscriptions, starting on the outer rim and continuing into the center, include the 12-letter, the 22-letter and the 42-letter names of God. The two loops on the back indicate that this amulet was meant to be either an arm amulet or one that was hung from a necklace. The inscriptions suggest that the purpose of this talisman was a form of general protection for the wearer. There exists the theory that brass amulets are in general older than those from silver. 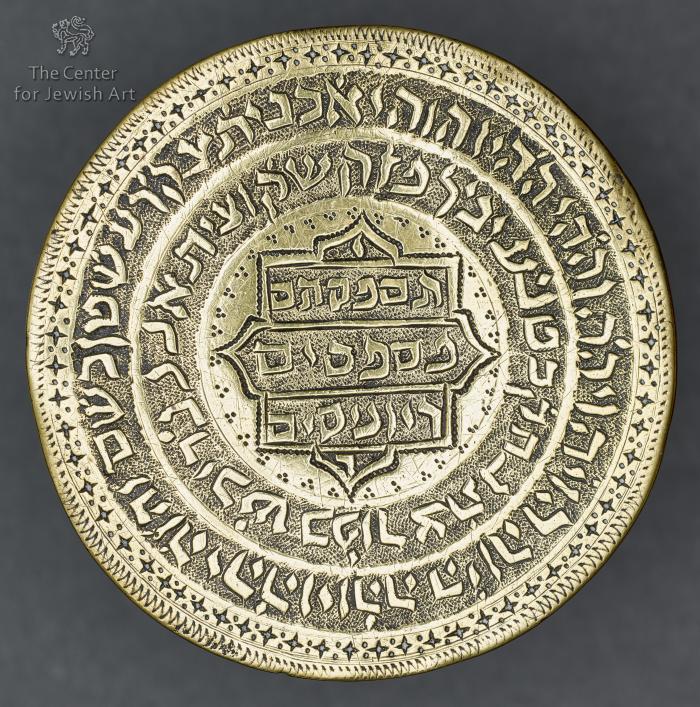