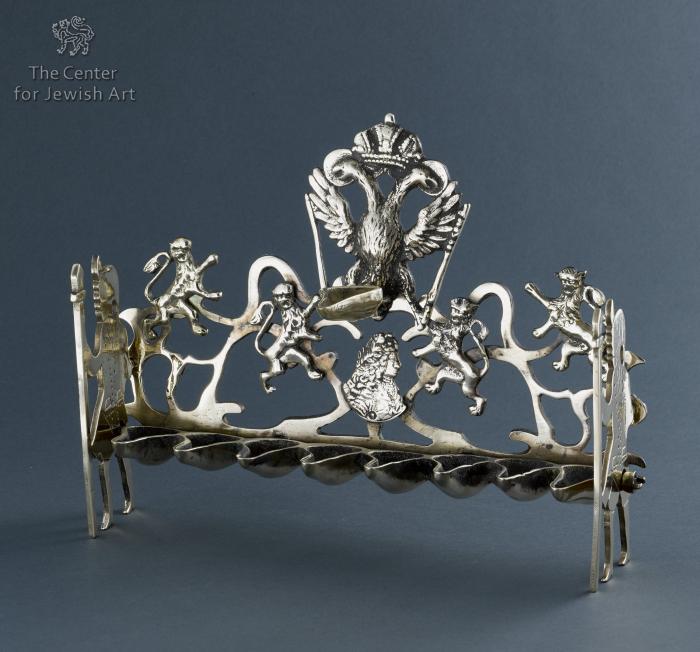 A most unusual Chanukah menorah, this lamp carries not only the double-headed eagle symbol of the Austrian Empire at its crest, but a portrait of the Emperor Karel VI as well. To find portraits of any sort on ritual items is unusual, but to find one that is almost 3 dimensional is of extreme rarity. Emperor Karel was the father of the most famous Maria Theresa. The two side pieces of the Chanukah lamp are patterned after soldiers, adding to the unusual imagery presented in this lamp. 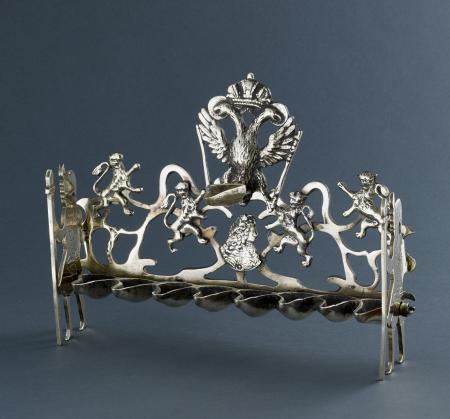 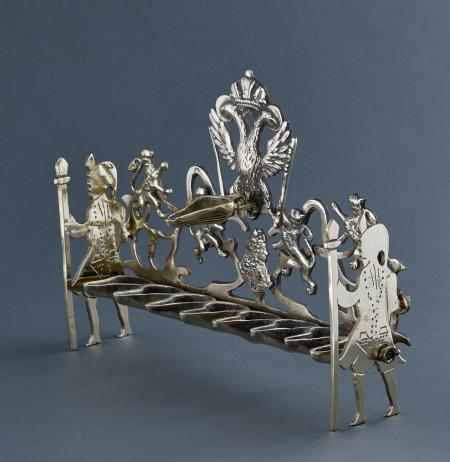 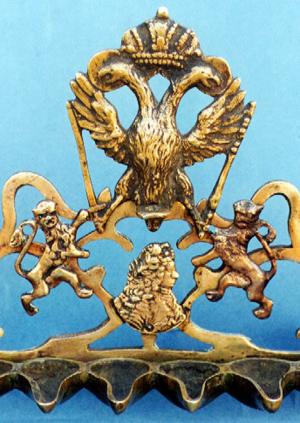 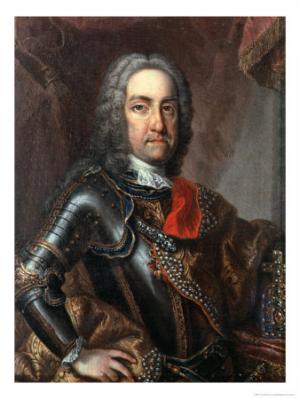