The silver Esther scroll case consists of a body, an apex and a handle.## Along the lenth of the cylindrical body is a narrow opening from which the scroll is pulled out. The body is decorated with four epizods from Esther scroll. The scenes are set in three circumpheral registers separeted by bands with respective inscriptions. From top to bottom the scenes depict:

2.Mordecai riding a horse leaded by the humiliated Haman.(11052)

3. Mordecai and Esther write down the events upon scrolls.(11053)

4. The fourth scene is vertically situated along the left rim of the narrow opening for the scroll and It depicts the hanging of the ten sons of Haman (11054).

The body is framed in the lower and upper rim by a circumpheral bands decorated with scrolls and it terminates on both sided by a hemiglobular units that bear a dedicatory inscription. In square fieled letters it is read:

"Donation for the people of Israel, our teacher, the Rabbi, R. Phinehas Judah Lindenbaum Manginer".

The apex is an open winged eagle that surrmounts the case. A knob-shaped handle at the bottom of the case is attached to the bar on which the parchment is rolled. 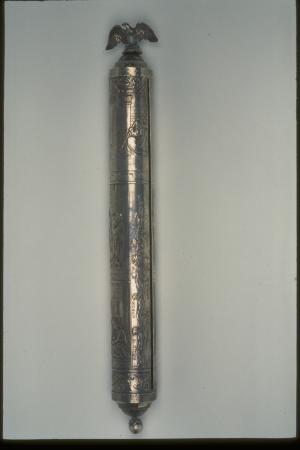 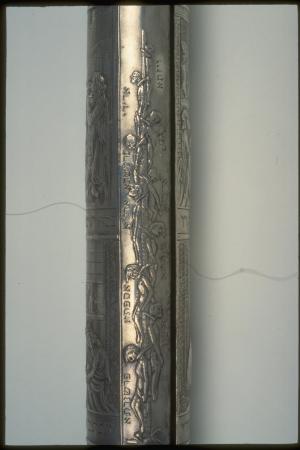 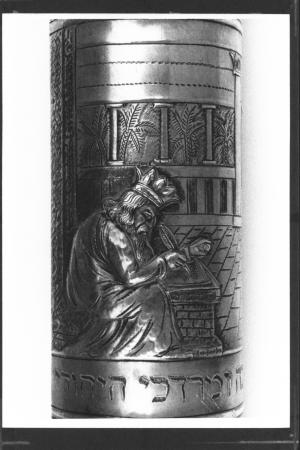 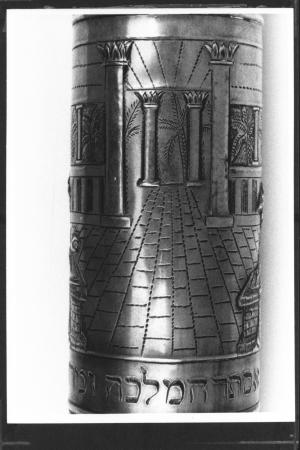 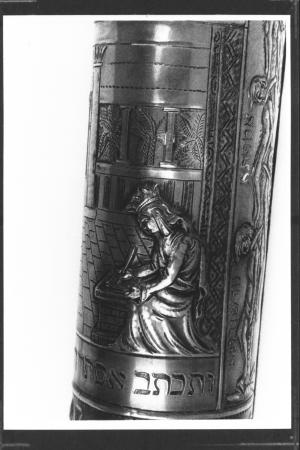 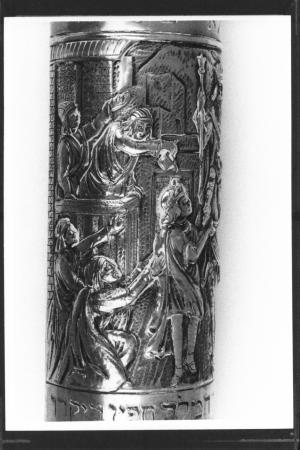 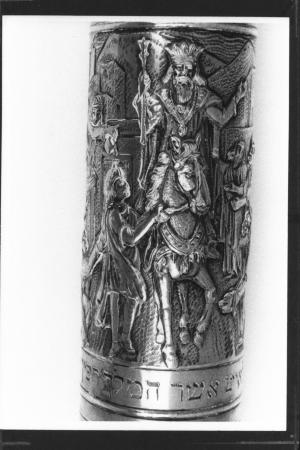 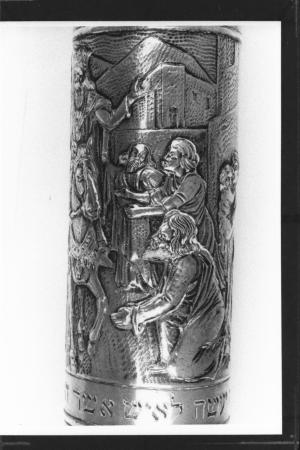 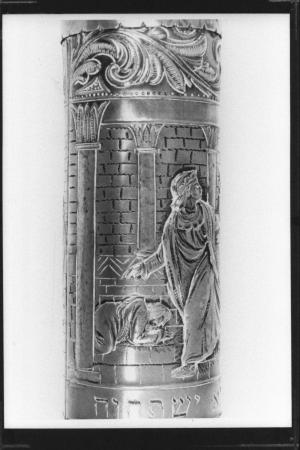