The pointer used by the Torah reader to keep the place is known in European communities as the *yad, "hand," or the etẓba, "finger," and in Sephardi and Eastern communities as the moreh, "pointer," or kulmus, "quill," the former because of its function and the latter because of its shape. Halakhic sources also use the terms moreh or kulmus. The pointer was originally a narrow rod, tapered at the pointing end, usually with a hole at the other end through which a ring or chain could be passed to hang the pointer on the Torah scroll. An additional reason for using the pointer was to prevent the oily finger from touching the parchment and inked letter, something that would eventually cause severe deterioration.

Ritual art from Estonia is exceedingly rare. To find something locally-made and marked is even more unusual. Almost no ritual art is recorded with an Estonian origin, so no stylistic model is apparent. In this present example, the shape and decoration do not fall within any of the standard European models, especially the delicate applied decoration at the top of the Yad. 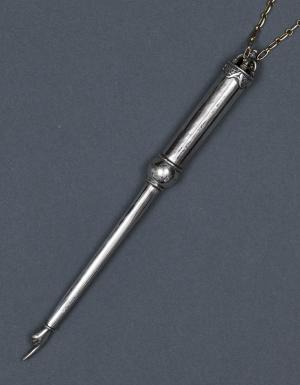 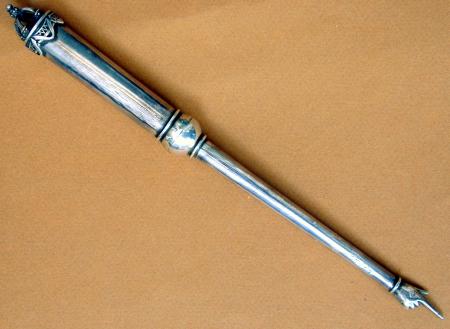 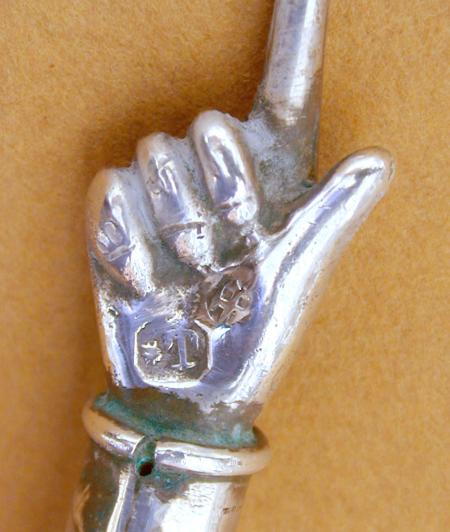 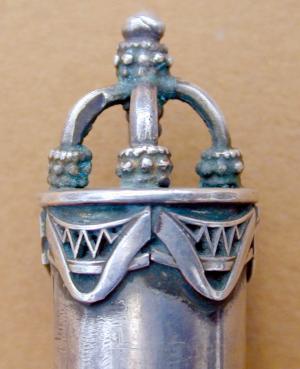