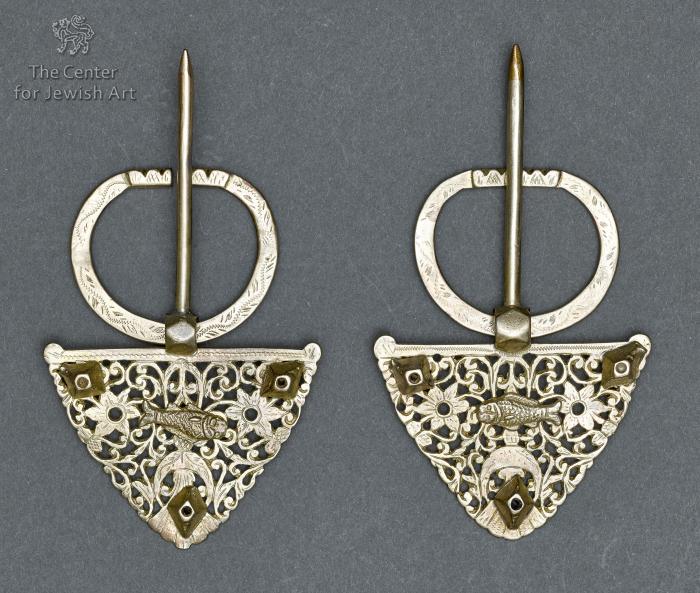 This pair of cast gold fibulae were made in Gabes. They carry the protective motifs of the hamsa, crescent and fish and are hallmarked on the back, the marks being from the period 1856 - 1905.. 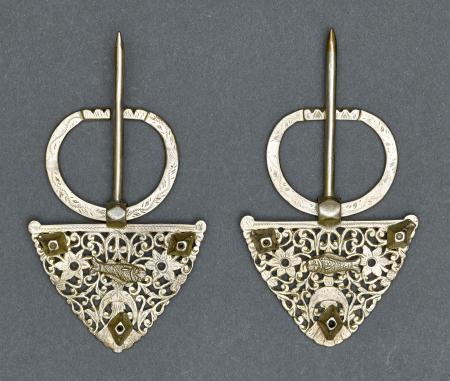