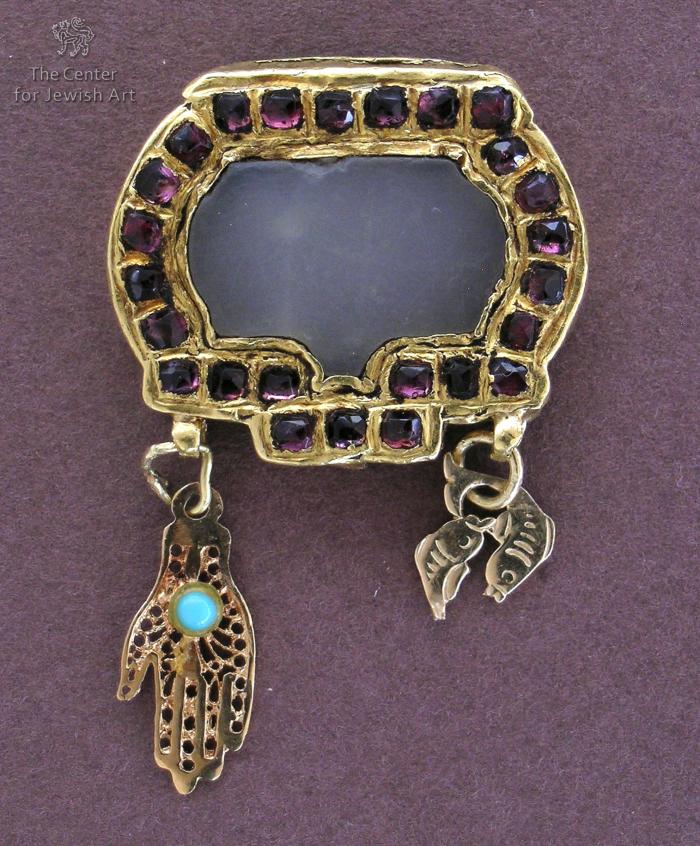 This amulet/piece of jewelry is made of a piece of jade, surrounded by a gold frame set with rubies, from which hang a miniature gold filigree hamsa set with a green stone and a pair of fish. 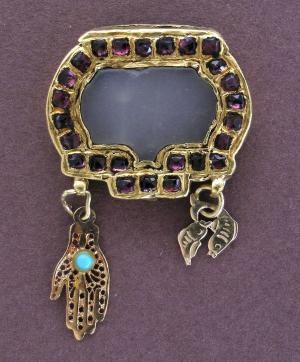