There were several classic Iraqi Jewish amulets, all of which are attached to this elegant 22 karat gold necklace. This necklace, which can carry a variety of amulets, is called "Salchani". All the elements are on a long gold chain, the necklace being worn across the chest rather than around the neck as a normal necklace. There is an inscription on the three amulet cases identifying the owner as Miriam the daughter of Tovah Gabai. The Gabbai family was a part of the Sassoon family, widely known as the Sephardic Rothschilds. That fact would explain the great elegance and richness of the necklace. In the Gross Family Collection is such a neckalce in two sizes: this large one, apparently for a mother, and a smaller one, apparently for a child.

The three hollow amulet holders may have held or still hold written amulets or some kind of spice or grain that also has magic qualities. In addition there is a carved oak "nut" in thin gold ribbon wrapping, called an "afsa" from which is hung a small hamsa with a blue stone in the middle. Another element is a ceramic piece glazed in blue with seven depressions; this amulet is called "saba iyun", or "seven eyes". A third element is an amulet with opposing wolf's teeth, from which is hung a small gold hamsa with a blue turquoise stone set in the middle of the palm. This amulet is called "kake dgurga deva", often hung around the child's neck with the appearance of the first tooth. A fourth element is a gold disk with an enamel image of a palm tree. 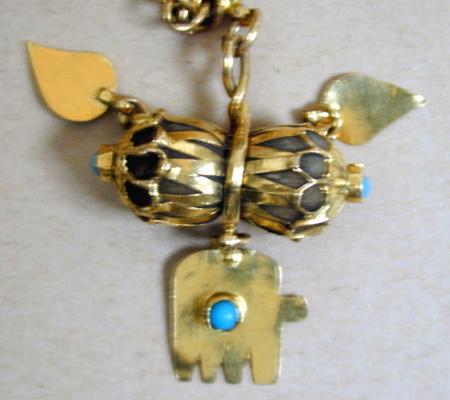 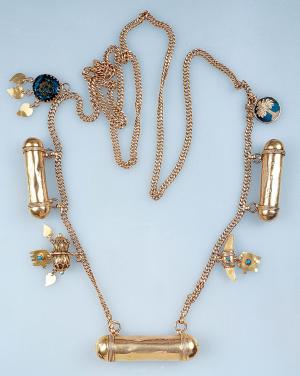 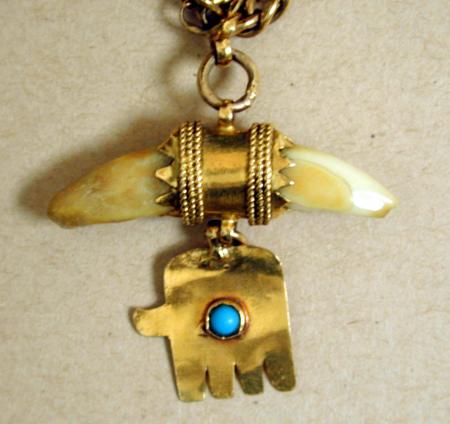 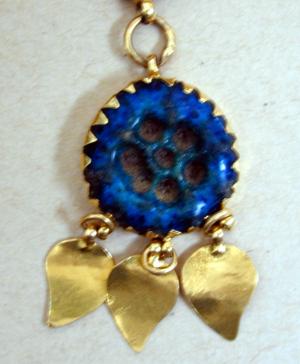 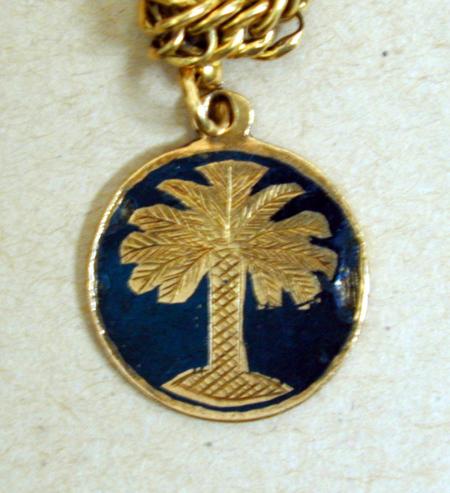