This is a typical belt buckle from this period in Morocco, decorated with the hamsa. Such a form of the buckle is called "fekroun". This example is marked on the back with silver marks identifying the city of origin as Essaouira. The hamsot give protection to the wearer. Almost all the silversmiths in this city were Jews.

The hamsa (five, as in five fingers) is an amulet shaped like a hand. The hamsa is arguably the most popular form of amulet against the Evil Eye and is used in a large number of countries. Probably originating in Moslem Spain of the 12th or 13th century, it crossed the sea to Morocco and spread across North Africa to the Middle and the Far East. 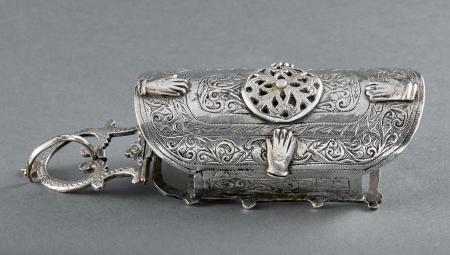 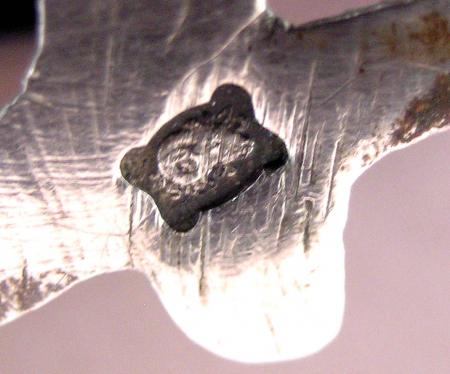