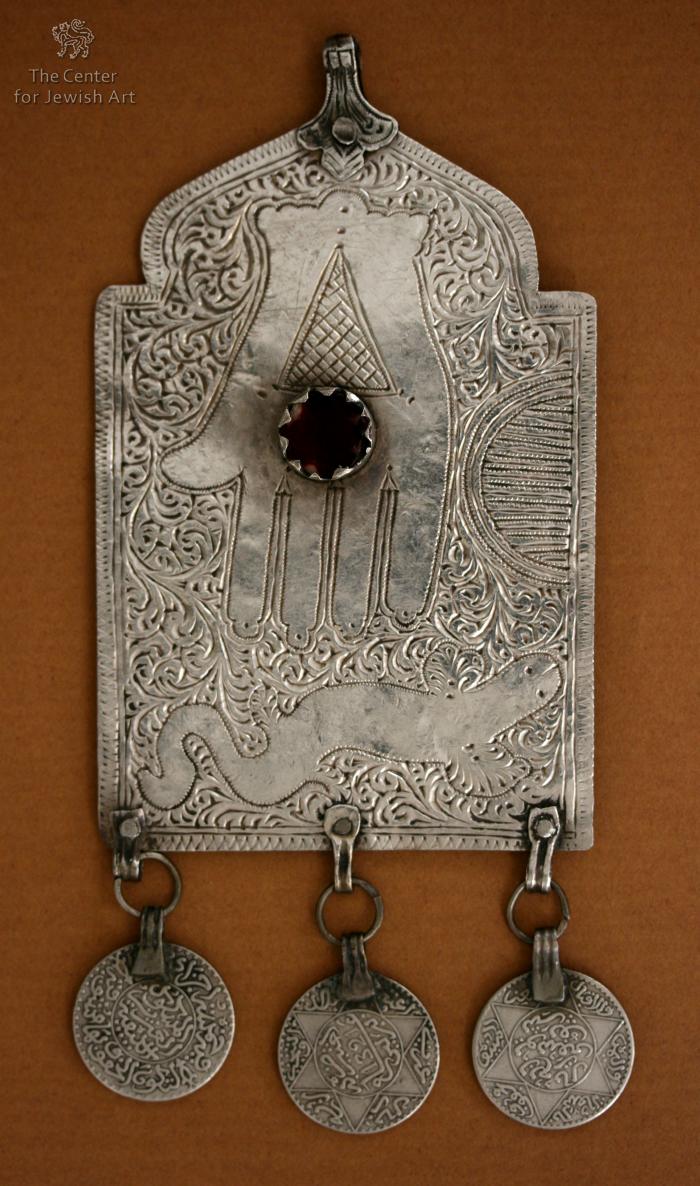 This is a highly unusual hamsa in Luha style but with a large engraved hamsa in the middle, decorated with a triangle and set with a red glass. Additionally there is a lizard engraved at the bottom of the piece and an unidentified symbol on the right side, similar to a setting sun. The round red stone and perhaps the suspended coins represent the eye, which is itself an antidote against the “evil eye”. The salamander, because of its ability to grow new limbs, is a symbol of renewal, indicating the use of this amulet for birth. The thickly-engraved foliate scrolls, the shape of the inscribed hamsa and the shape of its top and the Luha form, all indicate Essaouira as the place of manufacture. 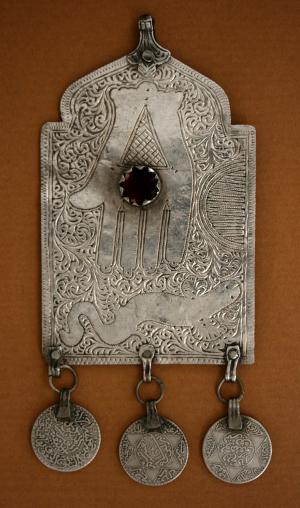