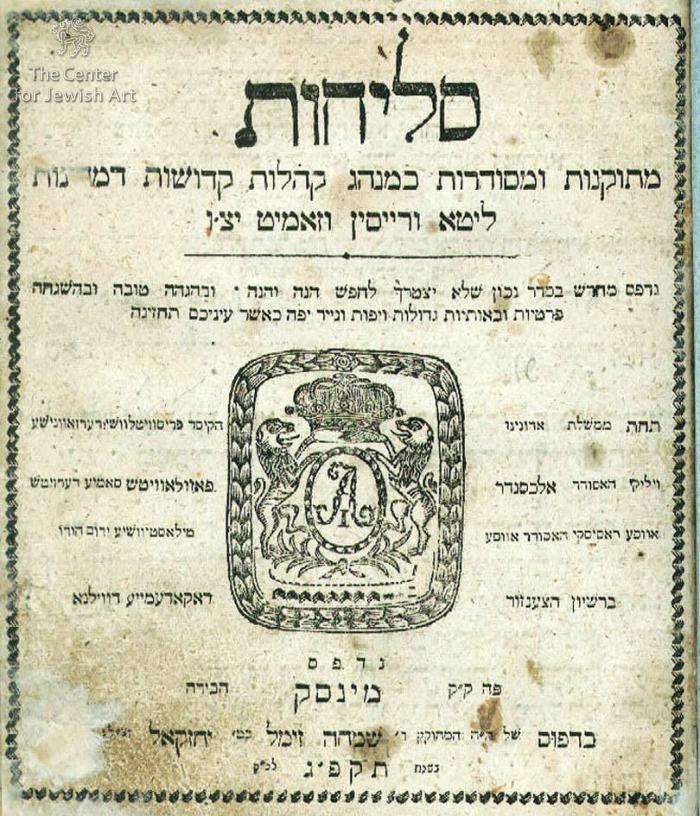 The first Hebrew publishing house in Minsk was founded by the printer Simcha Zimel b. Yechezkel who worked from the year 1792 and onward in publishing Hebrew books in Horodno. He worked at first in the Yechezkel ben Nachum of Skohl publishing house, and from 1803 in the publishing house that he founded there along with Simcha Zimel ben Menachem Nachum Typograph. Later the partners separated, and publishing in Horodno was split into two. In 1808 Simcha Zimel ben Yechezkel moved his publishing house to Minsk. There he formed a partnership with Yehuda Lima ben Aryeh Leib Segal of Minsk, who was a Shamash and communal trustee, and had apparently obtained the money for publishing. This partnership may have dissolved by the time the present book of Selichot was published, as only the name of Simcha Zimel b. Yechekel appears on the title page.
The large mark on the title page shows a foliate frame with two rampant lions supporting a crown above a medallion inscribed A I. This refers to Czar Alexander the First (Pavlovich), whose name is mentioned in the text beside the mark.Nearly every book from this publishing house was printed “with the approval of the censor of the Academia of Vilna”. 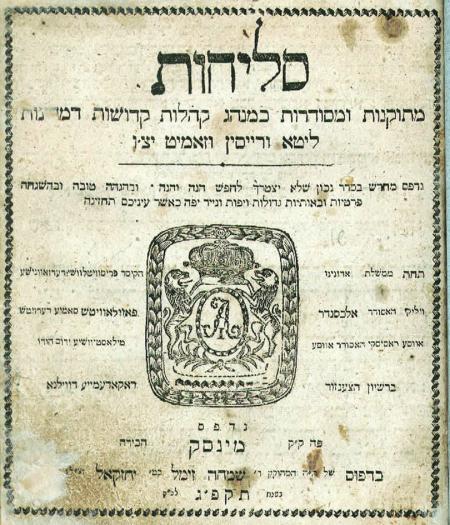