The Torah case is divided into two vertical halves at the centre of its front facet, while the back facet is separated from the body and attached to each half by hinges. The case comprises twelve facets and is encircled, at its upper and lower edges by two strips creating two friezes (figs. 1, 2). Similar narrow strips also frame each facet.

The open-work coronet is composed of twelve units which continue the body’s facets. Each facet is shaped as a scrolled harp. 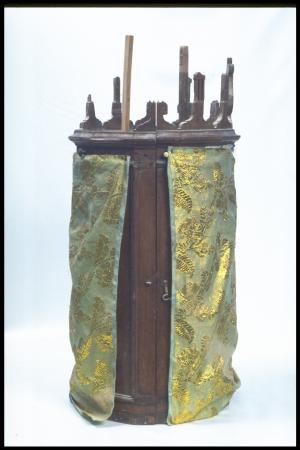 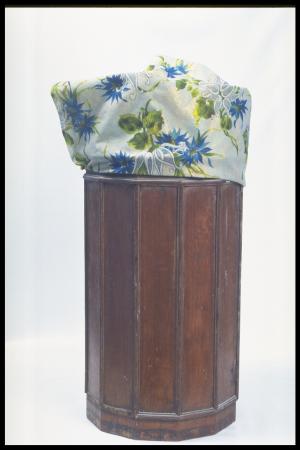 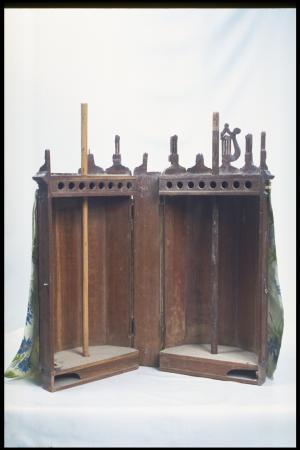 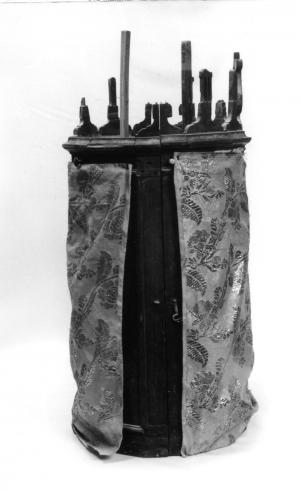