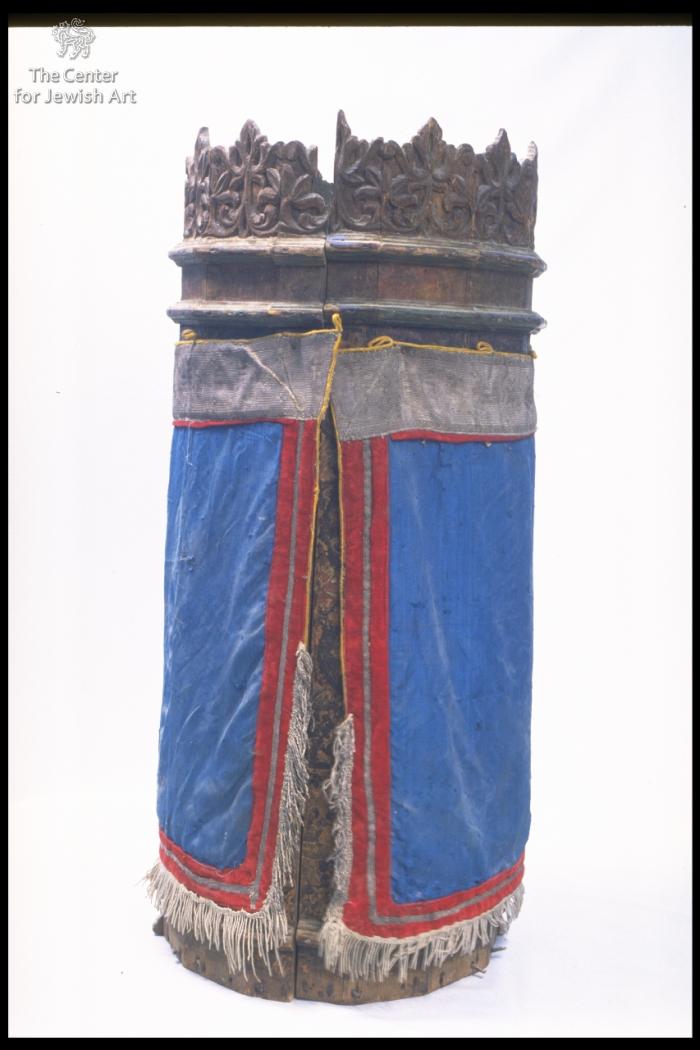 The Torah case is divided into two vertical halves at the centre of its front facet, while the back facet is separated from the body and attached to each half by hinges. The body is comprised of twelve facets and is encircled, at its upper and lower edges by two pairs of strips, creating two friezes. The entire surface is decorated with foliate scrolls divided into four identical patterns, each painted on three facets (fig. 1). The pattern includes a floral vase, set on the bottom of the central facet, from which a central flowery stem emerges, terminating with a lotus. The decoration is carried out in black contours, while the flowers are in green, yellow, red and gold.

The coronet is composed of twelve units, which continue the body's facets (fig. 2). Each unit is formed of a fleur-de-lys, which grows from a stem flanked by two lotus flowers (the lotuses are the connecting unit between two facets, and thus, they are divided vertically into two).

The inner face of the Torah case is painted in green and is decorated with floral upper and lower friezes (fig. 3). Two pairs ofCypressgrow from the lower frieze to the right and left.

Each half has a double shelf at its bottom for the raising of the Torah. Two holes for inserting the Torah scroll staves appear at the bottom and top. 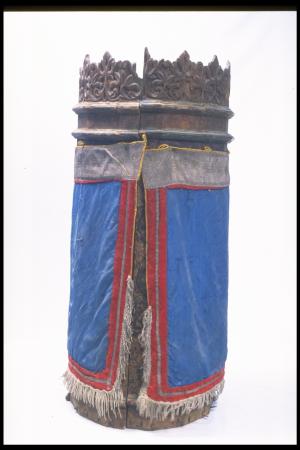 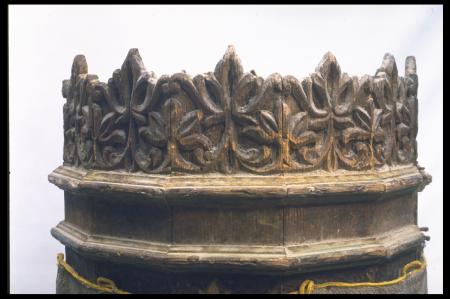 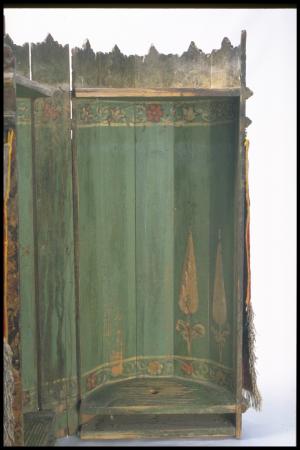 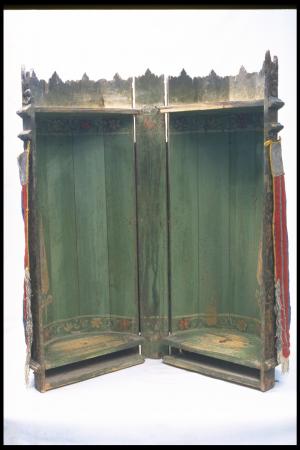 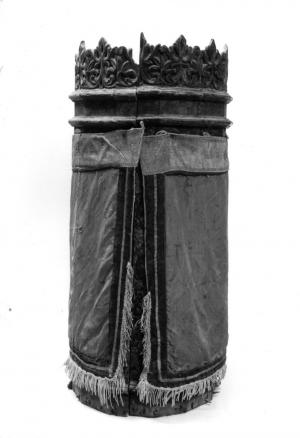 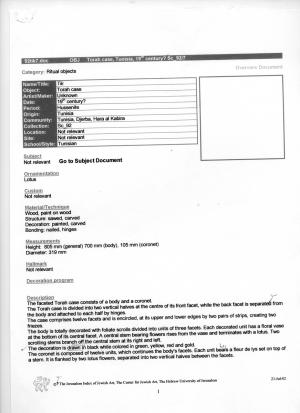 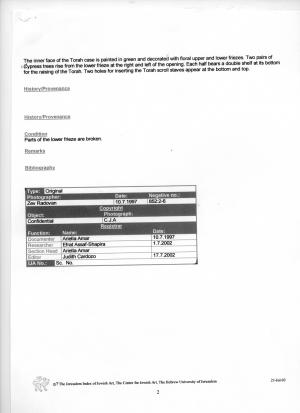 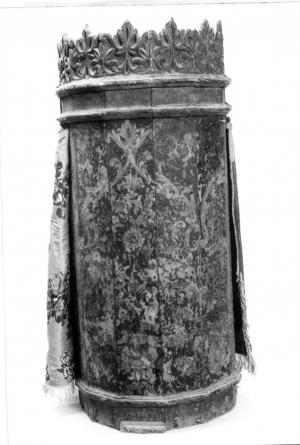 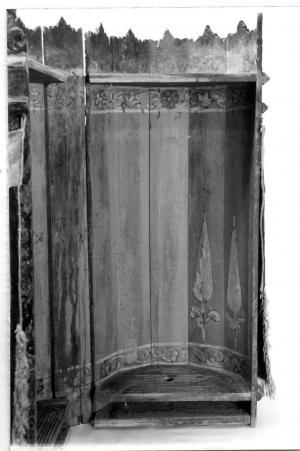 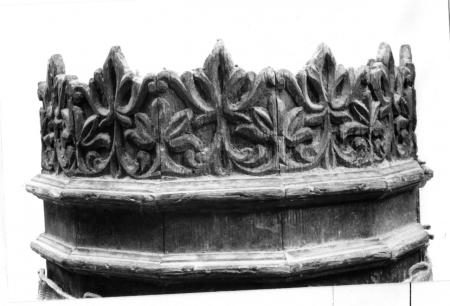 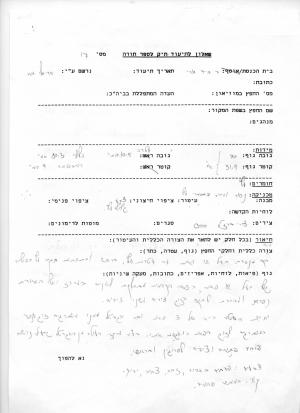