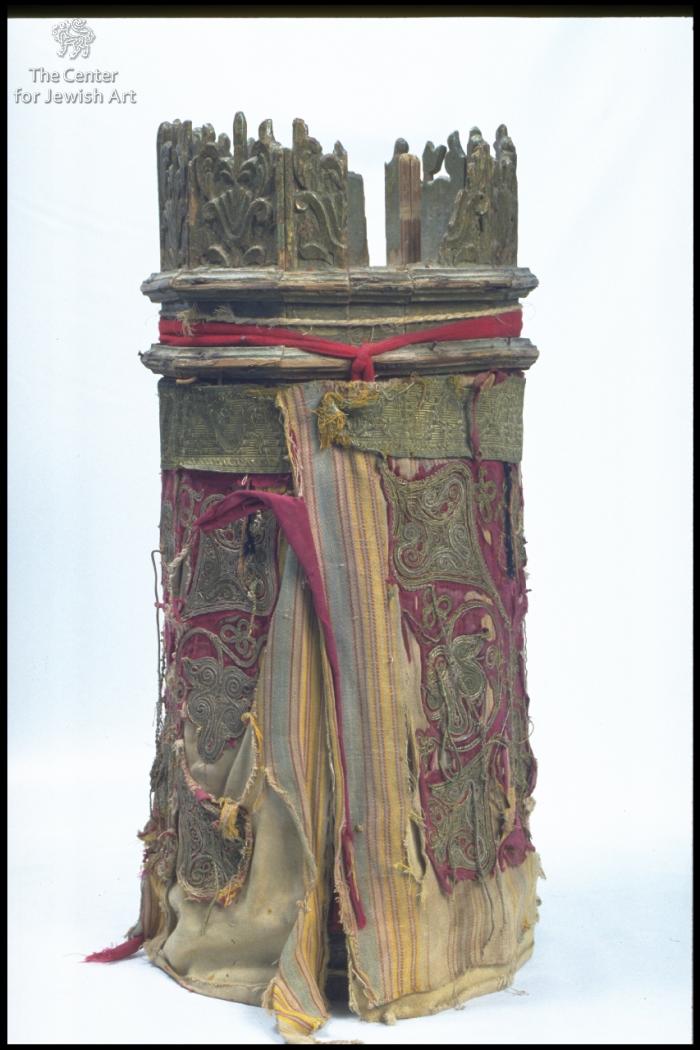 The small prismatic Torah case consists of a body and a coronet.

The Torah case is divided into two vertical halves at the centre of its front facet, while the back facet is separated and attached to each half by hinges. The body consists of ten facets and is encircled, at its upper and lower edges by two pairs of strips, creating two friezes. The facets are mostly coloured in orange except for the green friezes. A star-shaped decoration appears on the outer side of the body's ceiling.

The coronet is composed of ten units which continue the body's facets. Each unit is decorated with a vertical engraved pattern, which contains a lotus flower growing on a stem with leaves, topped by a fleur-de-lys, and flanked by acanthus leaves. 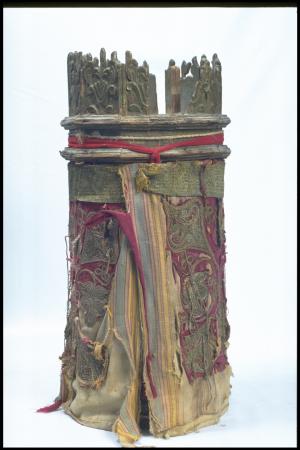 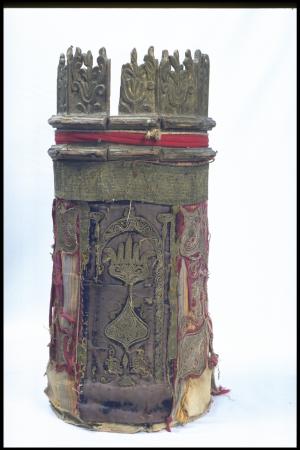 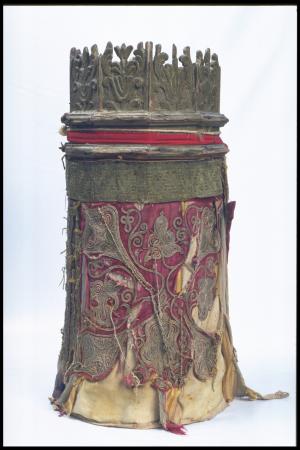 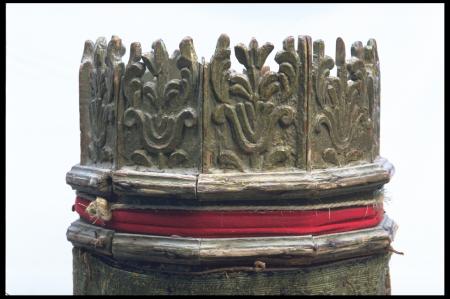 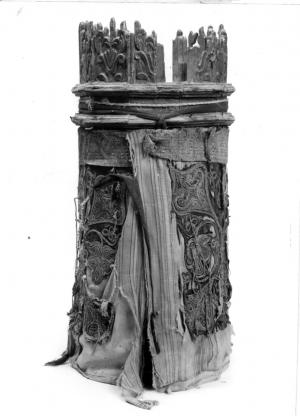 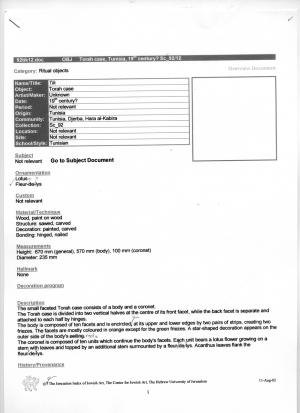 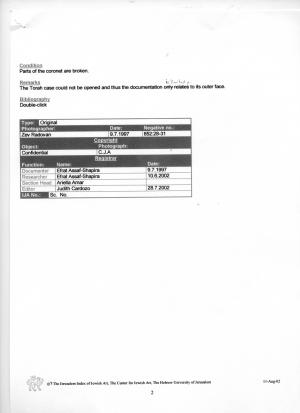 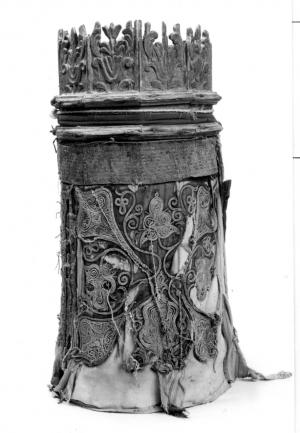 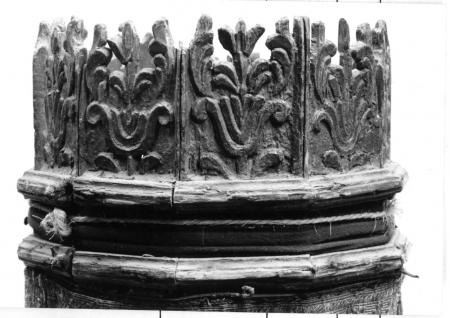 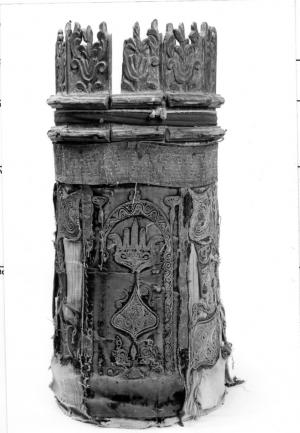 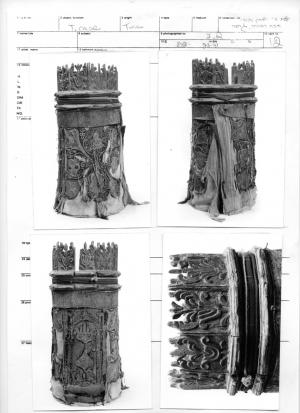 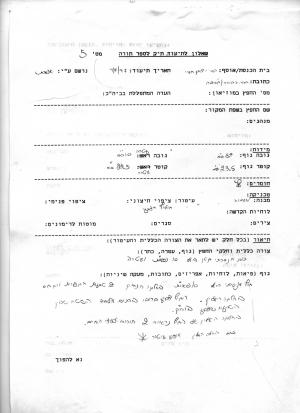 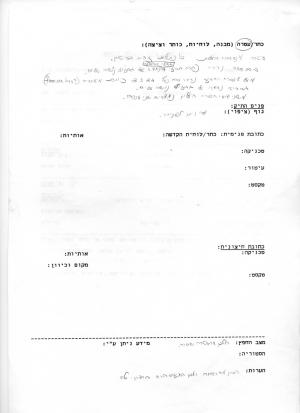 The Torah case could not be opened and thus the documentation only relates to its outer face.