This large hamsa is decorated in the Azemour style, using the rising sun motif which is common on amulets fabricated by the silversmiths of that city. The amulet is decorated as well with a cast salamander. The salamander was a symbol for renewal and therefore this silver hamsa was most probably intended for use as a birth amulet, In the Moroccan vernacular this animal is called a "zarmumiah". The two half circles represent the eye, which is itself an antidote against the “evil eye”. On the back of the hamsa are the sign of a fish, the city mark of Azemour, and a not totally legible date mark. 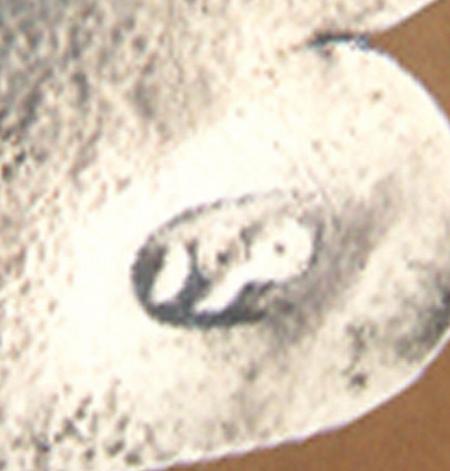 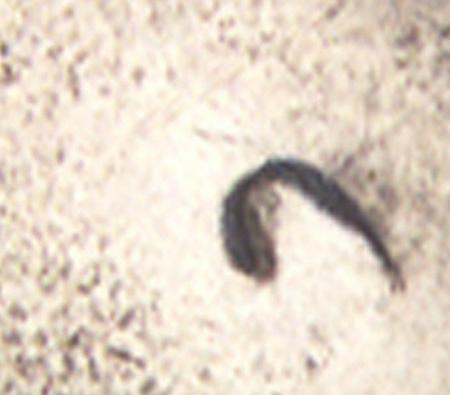 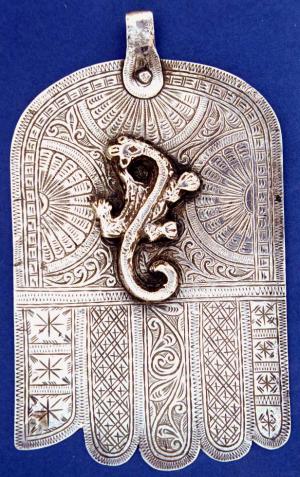 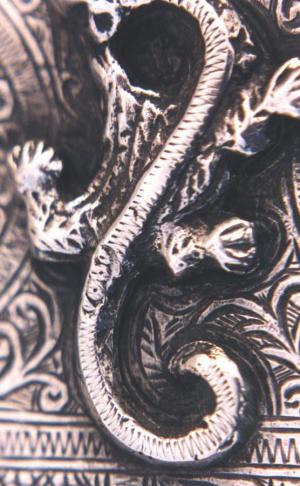