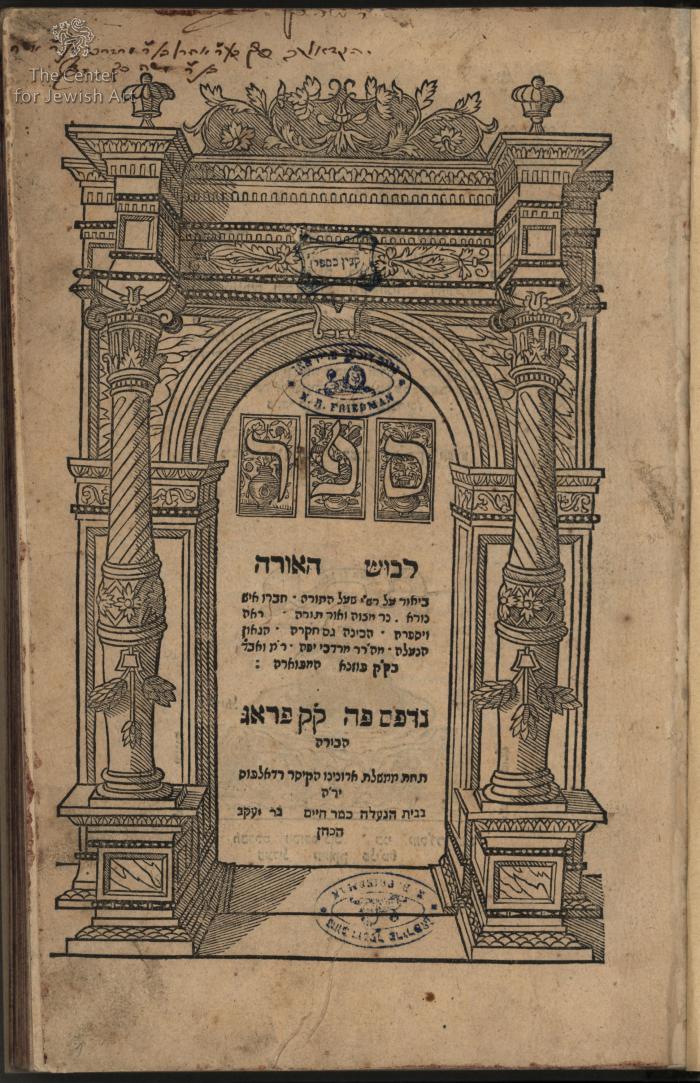 The first edition of a super-commentary on Rashi’s Torah commentary, and other commentaries by R. Mordechai b. Avraham Jaffe. With a unique Hebrew “map” of the Holy Land, indicating its boundaries according to Rashi’s interpretation (84b). While the title page is undated, the colophon gives a completion date of Monday, 24 Tishrei 364 (September 19, 1603).
Title page with architectural pillared frame. Decorative frames, word panels, and historiated letters. Illustration of a palm towards end of the volume. Printer's device beneath introduction.
R. Jaffe (c. 1530, Prague – March 7, 1612) is best known for his “Levushim,” a ten-volume codification of Jewish law that particularly stressed the customs of the Jews of Eastern Europe. From this work he is known as "the Levush". The first five “Levushim” comprise halakhic codes in the order of the Turim of R. Jacob b. Asher; the other five (including the present volume, which is the sixth “Levush”) contain commentaries and sermons.
R. Jaffe was a rabbi, Rosh Yeshiva and posek. He studied under Moses Isserles and Solomon Luria. He also studied philosophy, astronomy, and mathematics (apparently at the instance of R. Isserles). He was Rosh Yeshiva in Prague until 1561, when, by order of the emperor Ferdinand, the Jews were expelled from Bohemia. R. Jaffe then went to Venice and studied astronomy (1561-71). In 1572 he was elected rabbi of Grodno; in 1588, rabbi of Lublin, where he became one of the leaders of the Council of Four Lands. Later Jaffe accepted the rabbinate of Kremenetz. In 1592 he was called as rabbi to Prague; from 1599 until his death he occupied the position of chief rabbi of Posen.
While still in his youth, R. Jaffe had the idea to compile a book on Jewish law, which would be used for making halachic decisions. The appearance of Caro's Shulchan Arukh, a digest of his Beit Yosef, led R. Jaffe to consider whether he should continue writing his own work. On reflection, he concluded that there was room for it since it would contain "those laws observed by the Ashkenazi Jews of Bohemia." When Moshe Isserles' Gloss to the Shulḥan Arukh (called Mappah) appeared in Cracow in 1578, Jaffe felt that Isserles had been too brief as had Caro in the Shulḥan Arukh, and decided to resume his original work, "that will be midway between the two extremes: the lengthy Beit Yosef of Caro on the one hand, and on the other Caro's Shulḥan Arukh together with the Mappah of Isserles, which is too brief." In all, Jaffe worked on this book almost 50 years. However, after completing it he was confronted by another Rabbi who had also written a similar work, although not as extensive as Jaffe's. They reached an agreement to publish Jaffe's book and to present the other Rabbi's additional comments in glosses (hagahos) throughout the book [see introduction to his Levush].
Hayyim b. Jacob ha-Cohen provided the quarters for the Schedel print-house, established by Abraham, Ezriel, and Judah Leib Schedel in 1602. He is thought to also have been a partner in this press. Hayyim ha-Cohen employed the Giustiniani device, with the addition of a strip below containing two reclining lions at the outer ends, facing in, and between them a small animal, presumably a sheep and about it "Ariel, Ariel, the city where God encamped". This device appears below the book's introduction. 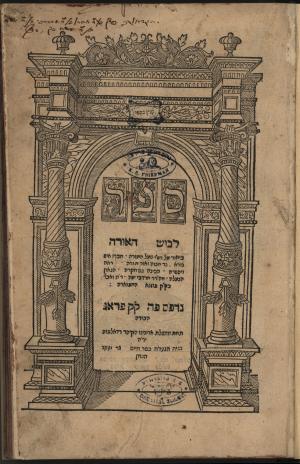 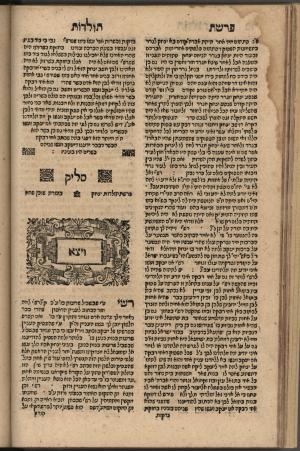 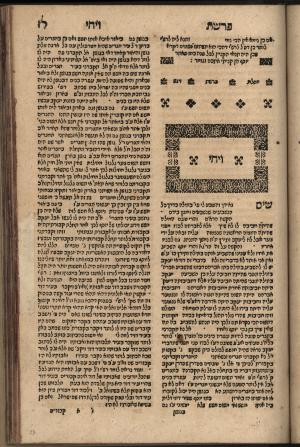 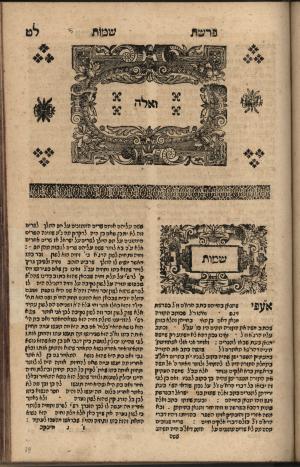 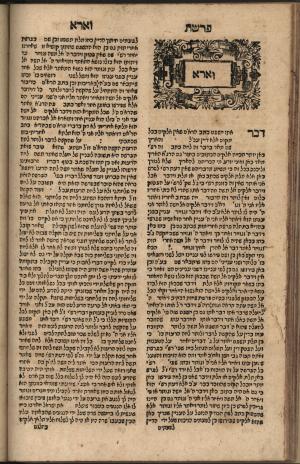 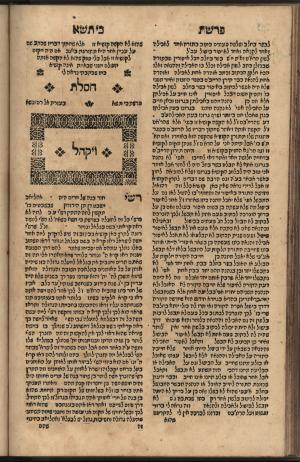 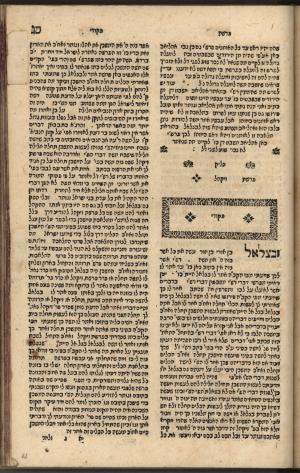 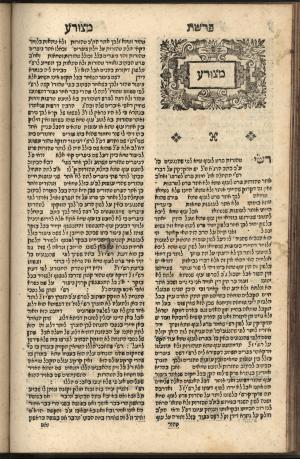