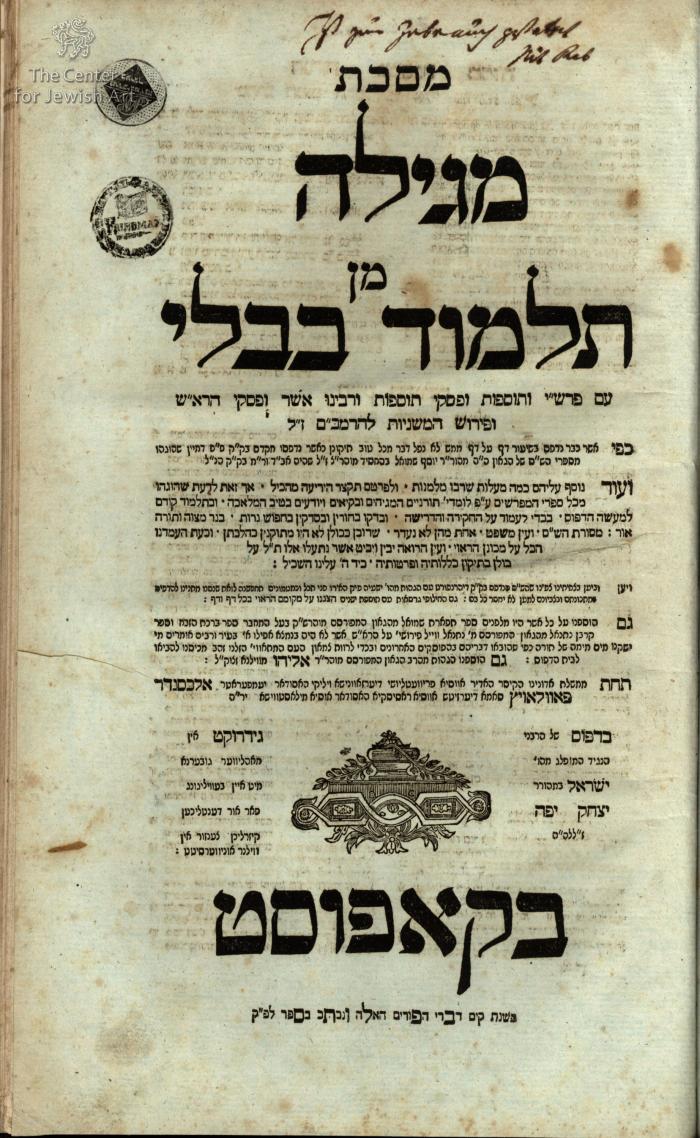 Printings of Masechets from the Talmud were a regular occurance since the beginning of Hebrew publications. This is one such edition from Kopys. This is Masechet Megillah from the Babylonian Talmud.
The printer, Rabbi Yisrael Yaffe, is known as the "Printer from Kopyst." He printed many Chassidic works between c.1804-1828. Rabbi Yisrael Yaffe was a disciple of Rabbi Menachem Mendel of Vitebsk and was close to the Baal HaTanya. He carried the Baal HaTanya on his shoulders when he was released from prison in 1799. An adherent of Chabad Chassidism, he eventually emigrated to Eretz Israel, settled in Hebron, and established the country's first Hebrew printing press.
Ya'ari lists four different marks employed by R' Yaffe in his works (Ya'ari 182-185). The current mark, a squat floral vase sitting atop a decorative base, does not appear in Ya'ari's inventory. The text above pays homage to the Emperor Alexander Pavlovich, who ruled between 1801-1825. 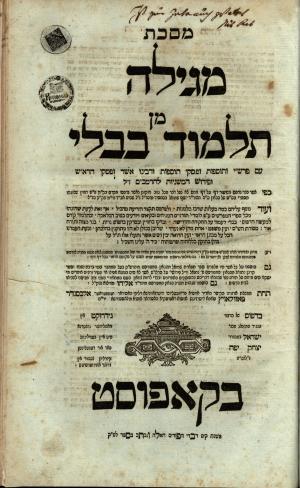 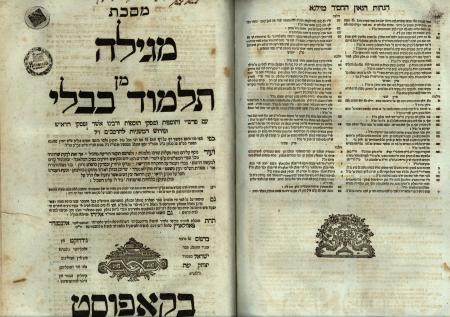