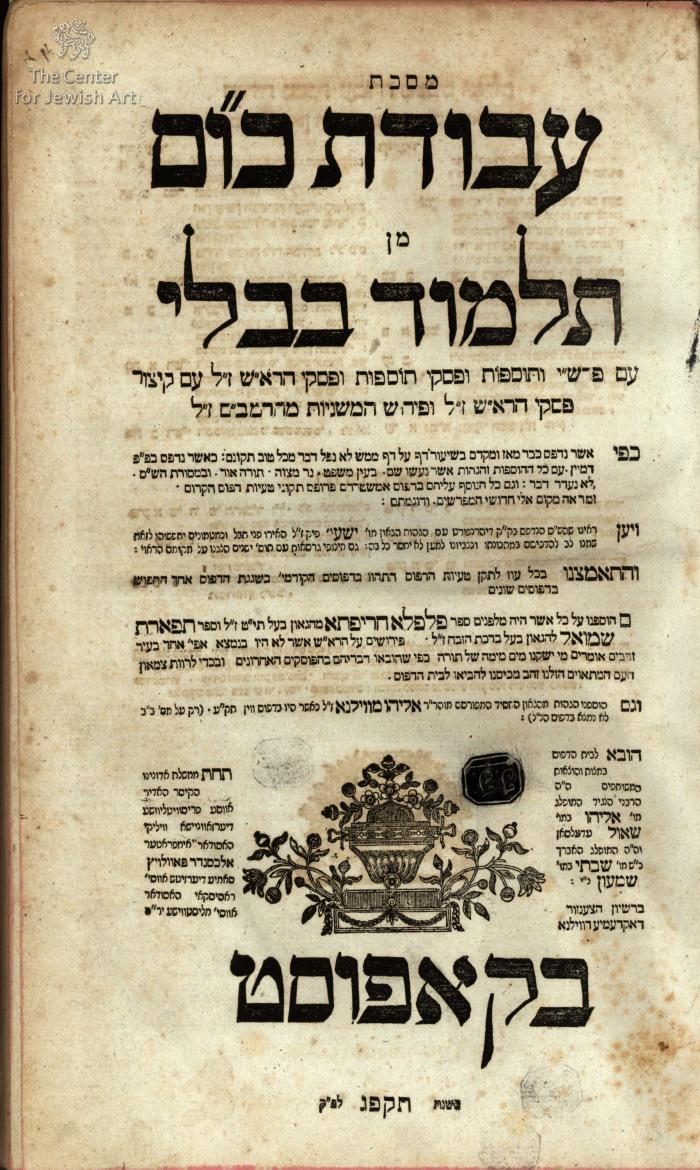 The printer, Rabbi Yisrael Yaffe, is known as the "Printer from Kopys." He printed many Chassidic works between c.1804-1828. Rabbi Yisrael Yaffe was a disciple of Rabbi Menachem Mendel of Vitebsk and was close to the Baal HaTanya. He carried the Baal HaTanya on his shoulders when he was released from prison in 1799. An adherent of Chabad Chassidism, he eventually emigrated to Eretz Israel, settled in Hebron, and established the country's first Hebrew printing press.
Ya'ari lists four different marks employed by R' Yaffe in his works (Ya'ari 182-185). The current mark is not included in Ya'ari's inventory. It is a large urn filled with and flanked by floral stems.
Other sections of the Talmud were printed between 1823 and 1826, but this Masechet is not listed in Winograd. 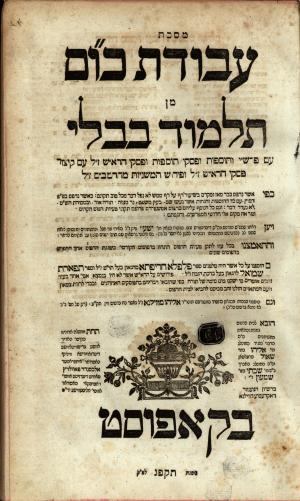 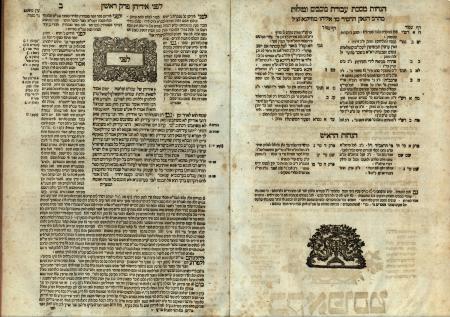