This hamsa is a rough casting. The main design element is the round circle with a flower in the middle, making an eye which is itself an antidote against the “evil eye”. Such small, cast Hamsas were made primarily in Essaouria. 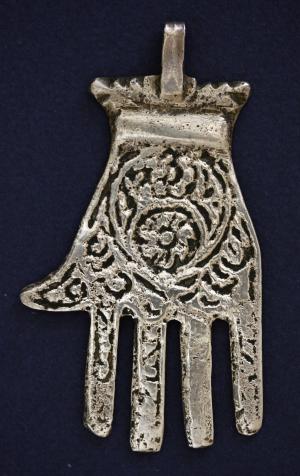