This object is a Kiddish cup fashioned from such silver. Such cups were used for blessing the wine so that each use renewed the power of protection granted by the Rabbi. The decoration on the cup, in addition to the scrolling vegetation, contains an image of a griffin, and a basket (of fruit?) atop an architectural column. 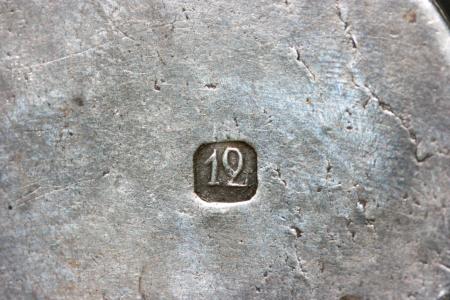