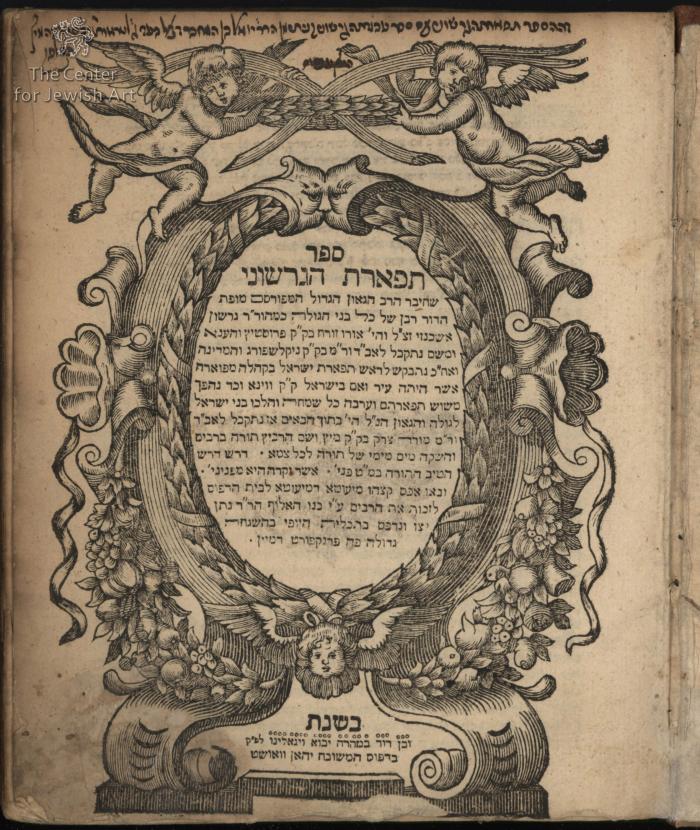 Homilies on the Torah by R. Gershon b. Isaac Ashkenazi, brought to press by his son, Nathan. The text include halakhic discussions, various positions being taken and expressed by biblical personalities.
Ornate decorative title-page, topped by two winged cherubs. This same frontispiece was used by Wust on several other books, including an edition of Ashkenazi's most important work, "Avodat ha-Girshoni", published in the same year as this volume.
R. Gershon's family name was Ulif, but like many other German rabbis serving in Poland, he was called Ashkenazi. He was a student of R. Joes Sirkes (Bach), et al. At an early age Gershon was chosen to be a dayyan in Cracow, leaving in 1650 to become a rabbi in Prossnitz. After serving in several other communities (including Vienna, as chief rabbi of Austria), Ashkenazi went to Metz, where he established a Yeshivah that produced many famous rabbis, including R. David Oppenheim.
This volume's title page provides background on Ashkenazi, listing the rabbinic numerous positions that he held, and refers to the troubles that befell the Jews of Vienna and their expulsion from that city in 1670.
Johann Wust was the son of Balthasar Christian Wust, the first known Frankfurter printer of Hebrew books. After working with his father for many years, Johann established his own press in1690, and continued to print for the better part of the first decade of the 18th C. 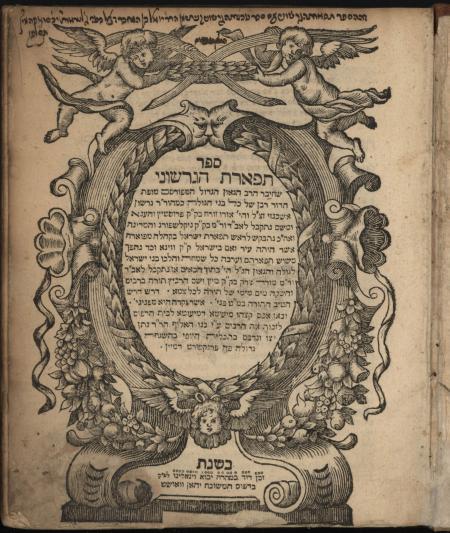 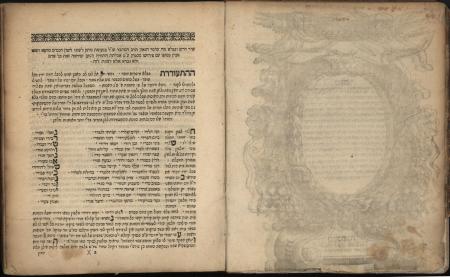 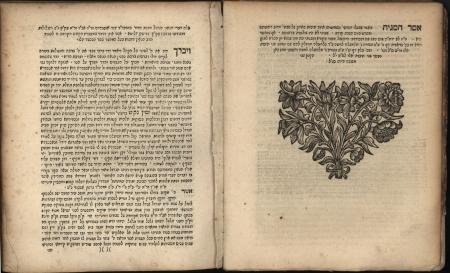 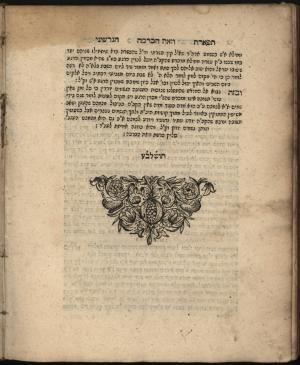