The sanctification of the Shabbat and Holidays is connected with a blessing recited over wine or grape juice. While the wine can be drunk from any vessel, often special cups are created for the purpose. In most cases, regular cups are simply decorated or inscribed with names or blessings, rendering them exclusively for the Kiddush.

This eight-sided form came to be known as the "Jewish" cup in German culture. Even today antique dealers recognize this style as a Jewish object. Such cups are known in many collections. They were made from the 1730's to the beginning of the 19th century. There are three distinct periods of their appearance: the first is the 1730's, the second is the 1760's and the third, from Nuremberg, in the late 18th century. This cup is from the middle period and by the most famous of the makers of this style vessel - Hieronymus Mittnacht. Cups from his hand have a special regard among both museums and collectors and are highly prized. This example is not only extremely graceful in its design and execution, but has gilding which has mellowed into what is known among dealers as "champagne gilding". During the Historismus period at the end of the 19th and beginning years of the 20th century, this style of typical German Kiddush cup was produced once again, mainly in the workshops of Hanau, by a casting method that looked like handwork.

Inscription: Remember the Sabbath Day, to Keep it Holy (Ex. 20:8) 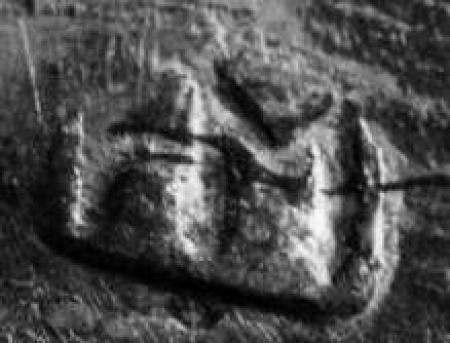 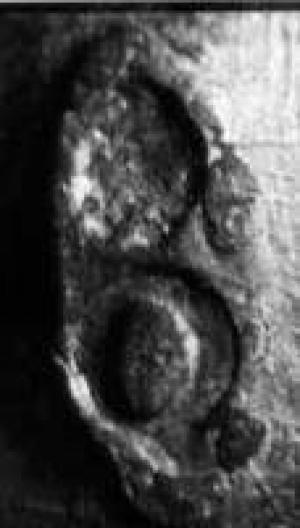 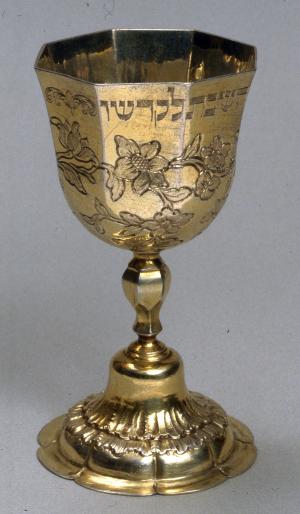