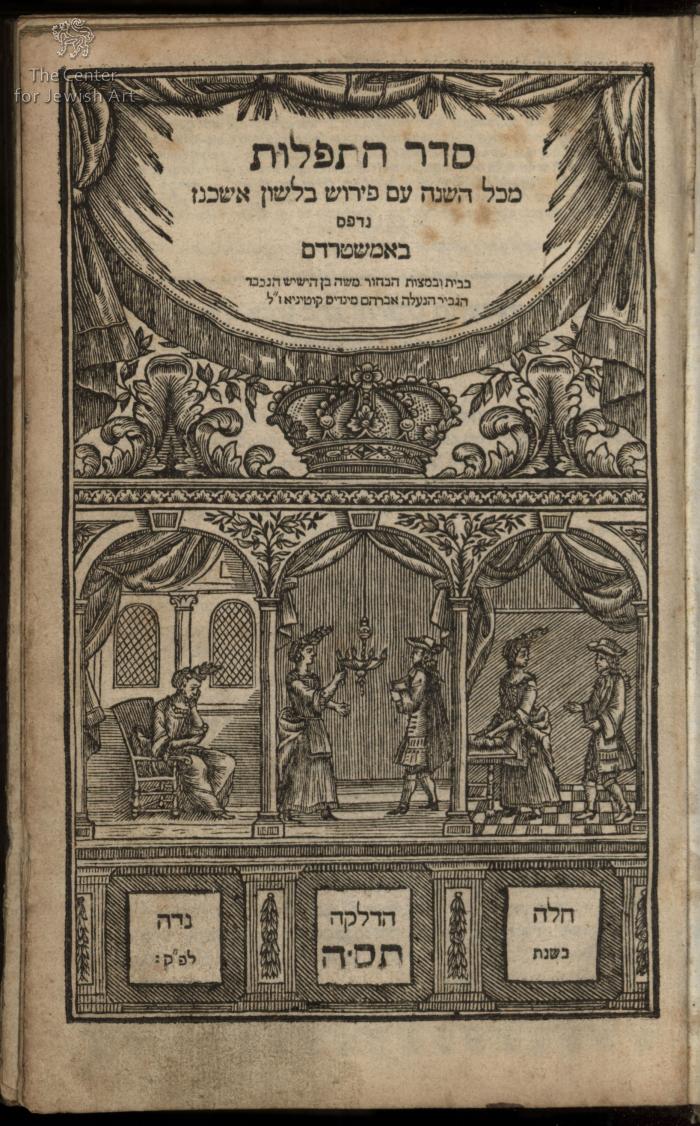 This daily prayer book is unusual in that it was printed especially for Jewish women. The translation of the title is "the order of prayers for the entire year with interpretation in the language of Ashkenazi [Yiddish]". Most Ashkenazi women of the time did not understand Hebrew, but knew the Yiddish language. The illustrations on this title page are of the three primary obligations of the Jewish woman: lighting the Sabbath candles, observing ritual purity during the monthly cycle and preparing the Sabbath challah. This prayer book is bound in a very fine gold-tooled parchment binding with silver decorations. A similar illustrated title page is found with an Italian edition of the daily prayer book some 40 years later in Venice, once again illustrating the tolerant attitude towards copying illustrations from one book to another.
The book's publisher, Moses b. Abraham Mendes Coutinho, was from a noted familyof Sephardic Jews, whose members settled following their escape from Portugal, inter alia, in Hamburg, Brazil and the West Indies. In 1697, Moses Coutinho purchased from David Tartas the latter's printing equipment and three privilieges. It is now known where he learned the printing trade, as he is not listed by name on any work printed in Amsterdam earlier. He printed his first two works in 1699. In 1704 he was admitted to the Amsterdam Guild of Booksellers, Printers and Bookbinders. His press operated until 1711. He printed some 40 works throughout his career, including 35 in Hebrew.
822 pp. 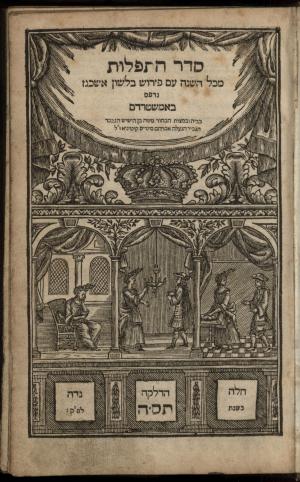 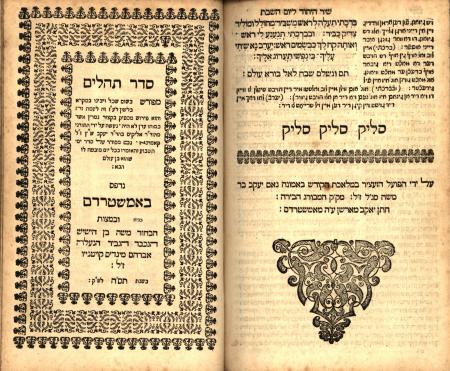 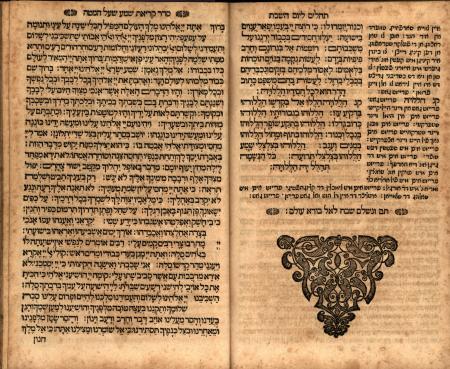 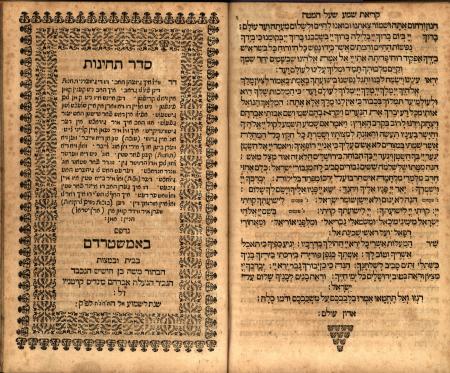 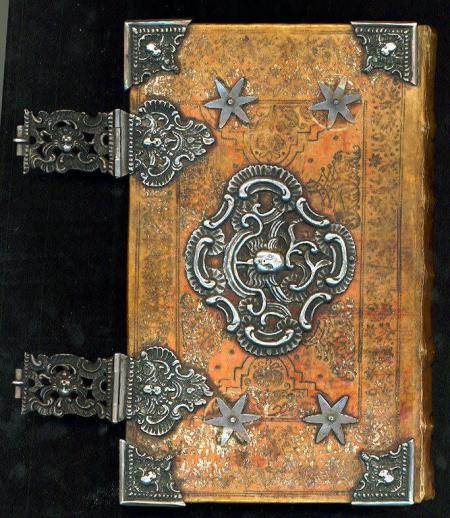