Torah, Neviim and Ketuvim translated to Yiddish by R. Yekutiel son of Yitzchak Blitz, with Toaliyot HaRalbag to Torah and Neviim Rishonim by R. Levi son of Gershon (Ralbag). Amsterdam: Uri Phoebus HaLevi, [1676-1679]. Five title pages: Torah, Megillot, Neviim Rishonim, Neviim Achronim and Ketuvim, with an additional engraved title page. Approbations of the rabbis of the Council of Four Lands, and the Sephardi and Ashkenazi rabbis of Amsterdam. The book begins with leaves of "approbation and privilegium" - special permission granted by the King of Poland for this printing, in Yiddish and in Latin. [7], 63, [1], 64-75, 77-138, 140-256, [2], 18 leaves. Misfoliation (no lacking leaves). Includes leaf with table of Haftarot and "corrector's apologia", not included in other copies.
Various dates appear on the title pages: 1676, 1678 and 1679. The approbations are dated 1671-1677. Two different editions of the Bible translated to Yiddish were printed concurrently in Amsterdam in those days (see next item), considered to be the first Yiddish Bible editions. For further information regarding the controversy surrounding this printing, see: A.M. Habermann, Perakim BeToldot HaMadpisim HaIvriim, pp. 300-310.
The first complete translation of the Bible into Yiddish, this volume was the subject of a serious controversy between the presses of Uri Fayvesh and Athias press.
Until the time of this publication, there had been no complete Bible printed in a Yiddish translation. Then, toward the end of the 1670's, two different publishing houses in Amsterdam – that of Joseph Athias and his son Immanuel (the most highly regarded Hebrew printers in Amsterdam), and that of Uri Phoebus Halevi - decided to create such a translation and vied with one other to be first to the market. This competition gave birth to a major conflict, involving the Dutch authorities, the Jewish Council of the Four Lands and even the king of Poland. Eventually both versions were published after a delay of eight years. Each was issued in 6,000 copies (intended for the Polish Jewish market) and both were commercial failures. They brought about financial disaster for both houses.
The ornate frontispiece shows Moses and Aaron flanking the Ark of the Covenant. Above is a medallion containing an image of Moses receiving the Ten Commandments.
Bible translated to Yiddish by Jekuthiel ben Isaac Blitz. With To'aliyot HaRalbag by R. Levi ben Gershon (Ralbag) on the Torah and Nevi'im Rishonim. Amsterdam, [1676-1679]. Printed by Uri Feivish HaLevi. Five separate title pages: For the Torah, for Megillot, Nevi'im Rishonim, Nevi'im Achronim and Ketuvim. Without the illustrated title page. Approbations of the rabbi of Va'ad Arba Artzot, Amsterdam Sephardi and Ashkenazi rabbis. On the leaves preceding the title page - special permission by the King of Poland for this printing, in Yiddish and in Latin.
Following the title page, Phoebus’ edition contains: a Latin privilege from the king of Poland; a Yiddish translation of the privilege; the printer’s introduction; a preface by the translator (R. Jekhutiel ben Isaac Blitz); a restrictive approbation from the Va’ad Arba Aratzot for ten years; approbations from Amsterdam rabbis; and a prohibition against the Athias edition for violating Phoebus’ approbation.
Uri Fayvesh (Phoebus) b. Aaron Witmund ha-Levi opened his own print-shop in Amsterdam in 1658, having worked previously for Immanuel Benveniste. He would print about 100 titles during the years he was active in Amsterdam (1658-1689). In 1689, following the controversy with Athias, Phoebus relocated to Poland, hoping to benefit from the smaller number of competitors and the closer proximity to the Jewish communities that comprised a major market for the Amsterdam Hebrew presses. He established a press in Zolkiew in 1691. His descendants continued to operate Hebrew printing-presses in Poland into the twentieth century.
380 pp. 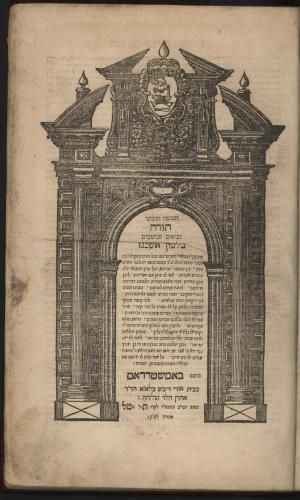 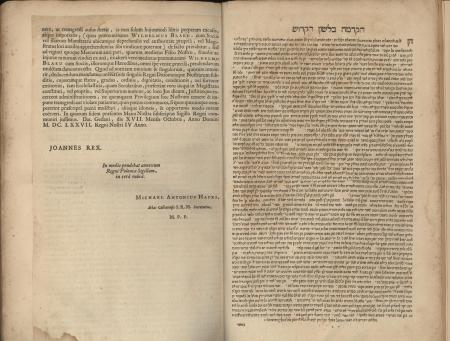 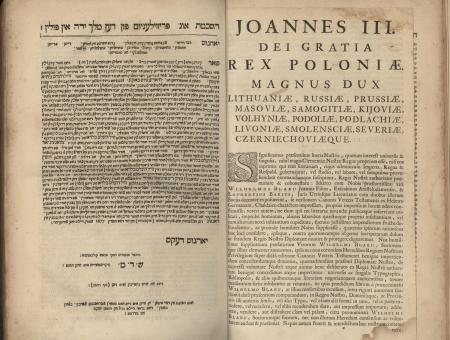 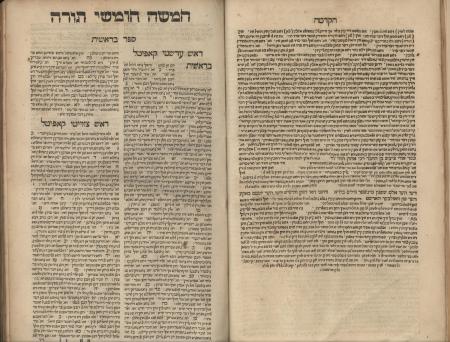 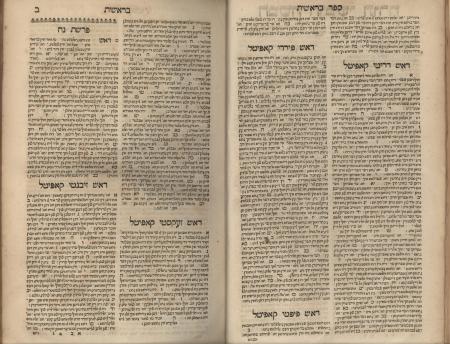 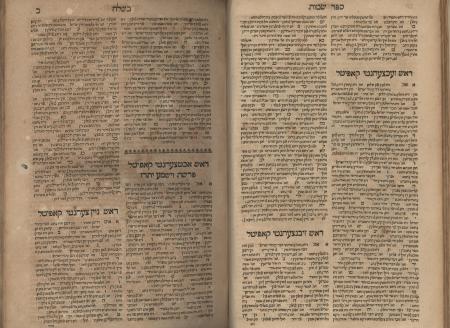 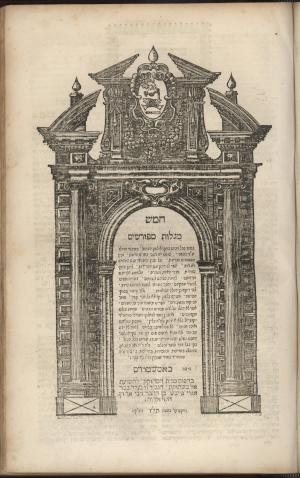 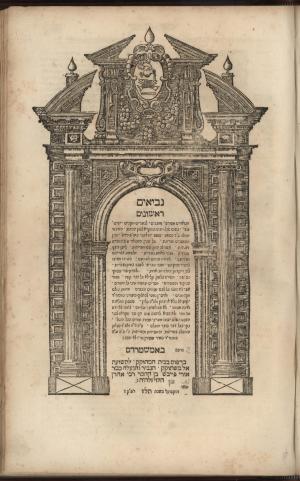 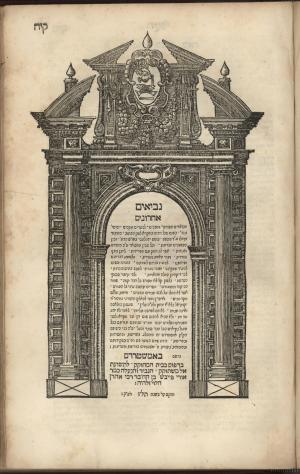