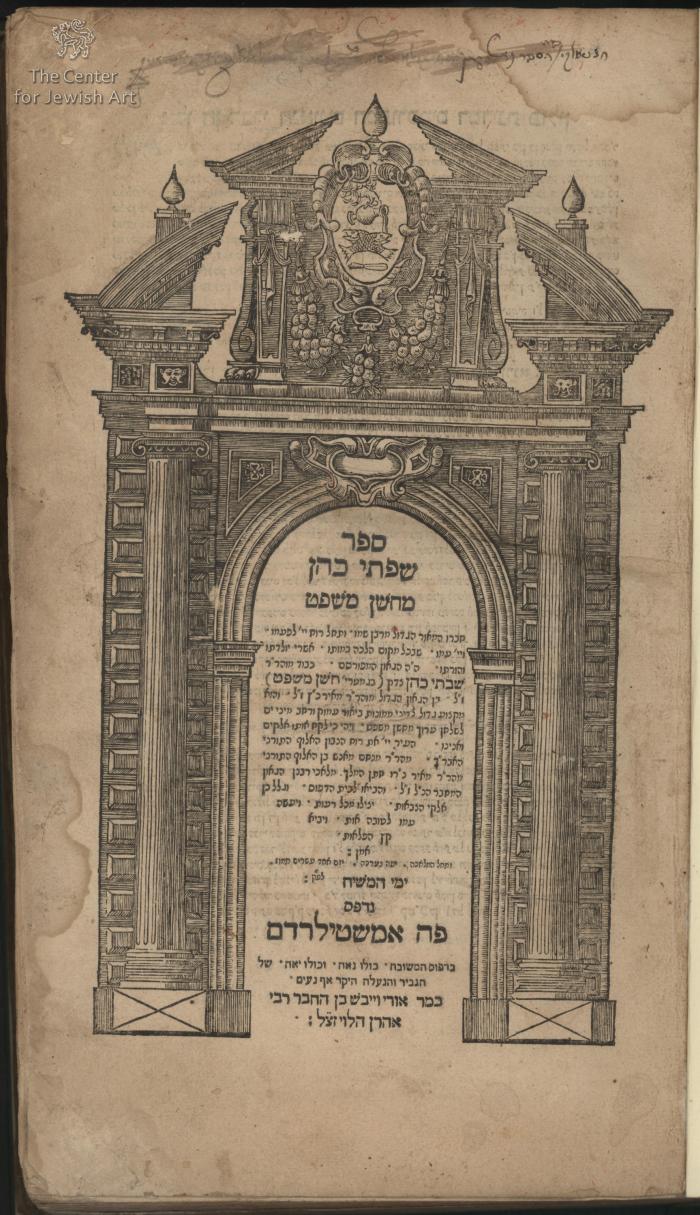 Classics: First Edition Sha"ch on Choshen Mishpat; Amsterdam, 1663 Sefer Sifsei Kohen including novellae and explanations in practical Halacha on Shulchan Aruch Choshen Mishpat, authored by Rabbi Shabtai Katz, known as the Sha"ch. This first edition was published in Amsterdam, 1663, by the Sha"ch's son-in-law, Rabbi Menachem Manesh. Before his passing, the Sha"ch commanded his son-in-law to publish his sefer. When the publishing was delayed due to financial constraints, the Sha"ch appeared to Rabbi Menachem in a dream, asking why he had not yet kept his promise. Rabbi Menachem recounts the details of this dream in his introduction to the sefer. Endorsements from the Rabbis of Poland who had communed in Germany in 1653, during the lifetime of the Sha"ch, can be found following the title page. These endorsements are headed by Rabbi Heschel of Krakow, the Sha"ch's Rabbi, and Rabbi Yona Te'omim, author of Kikayon D'Yona. There are additional endorsements as well from Rabbi Sheftel, son of the Shla"h, the Vi HaAmudim, Avodas HaGershuni and Birchas HaZevach.On page 2b there is a poem written by the author in the shape of a star.
Stefansky , Hebrew Classics 162
2, 337 leaves | 31 cm
Commentary and halakhic novella on the Shulchan Aruch Choshen Mishpat by R. Shabbetai ben Meir ha-Kohen (Shakh, 1621-1662). The choronogram seems to reference Shabbtai Zvi, making this possibly one of the very earliest references in printng to the growing Messianic movement surrounding Shabbati Zvi. There are many such references in Amsterdam printing of 1666.
Title page with architectural frame, showing the printer’s emblem of Uri Fayvesh ha-Levi in a cartouche at top. A laudatory poem within the volume is presented partially in the form of a geometric design. The book records the dates of when the work was begun and completed, both followed by the term “in the days of the Messiah”. This may be an allusion to Shabbetai Tzvi.
The Shulchan Aruch by R. Yosef Karo is the most widely-consulted and authoritative code of Jewish law. While its halakhic rulings generally follow Sephardic law and customs, the gloss of Moses Isserles (Rema) provides the Ashkenazic customs where they differ from those of the Sepharadim.
This edition of R. Shabbetai b. Meir ha-Kohen's commentary on the Shulchan Aruch's Choshen Mishpat was brought to press by the author’s son-in-law, who also edited the book, and describes himself in the introduction as “son-in-law of the king”.
R. Shabbetai b. Meir ha-Kohen (1621-1662) was a noted 17th-century talmudist and halakhist. Siftei Kohen was his magnum opus, and the source behind the acronym by which he is commonly known, "Shakh". It is today a standard work, and its relationship to the Shulchan Aruch has been compared to that of Rashi to Chumash. It is regularly published with all editions of the Shulchan Aruch and is the subject of numerous super-commentaries. The Shakh's grave in the Jewish cemetery of Holešov still exists and is visited by people from all over the world.
Uri Fayvesh (Phoebus) b. Aaron Witmund ha-Levi opened his own print-shop in Amsterdam in 1658, having worked previously for Immanuel Benveniste. He would print about 100 titles during the years he was active in Amsterdam (1658-1689). Towards the end of this period Phoebus became embroiled in a now-famous controversy with the Athias press over the printing of a Yiddish edition of the Bible. The dispute brought both printers to financial ruin.
In 1689 Phoebus relocated to Poland, hoping to benefit from the smaller number of competitors and the closer proximity to the Jewish communities that comprised a major market for the Amsterdam Hebrew presses. He established a press in Zolkiew in 1691. His descendants continued to operate Hebrew printing-presses in Poland into the twentieth century. Commentator: Shabbtai ben Meir Katz 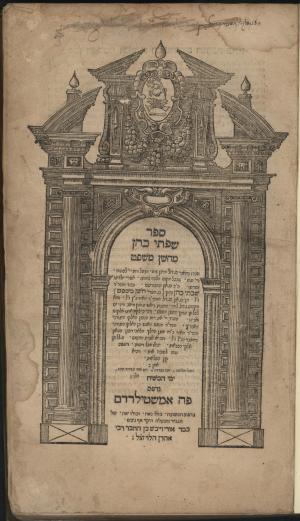 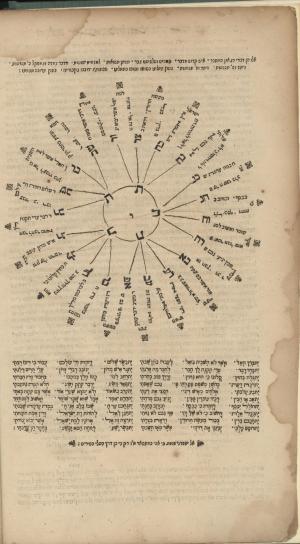 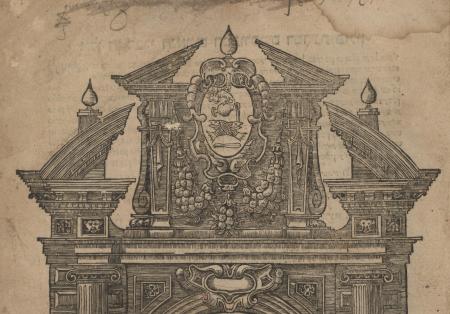