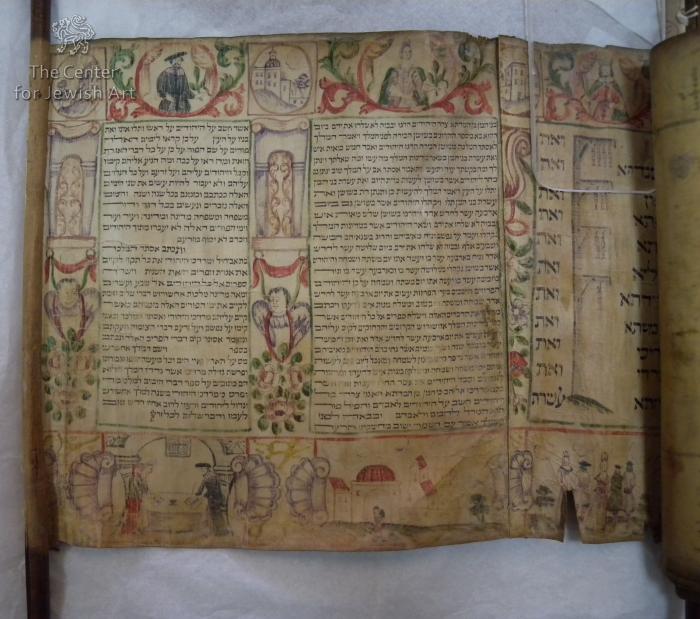 The scroll is elaborately decorated with hand-painted ornamentation that - except for the narrative scenes - repeats on all membranes. In the upper margins, above the text panels, there are oval frames flanked by stylized acanthus leaves with half-figures of King Ahasuerus, Queen Esther, and Mordecai. They appear alternately and are separated by different cityscapes framed in ovals that are placed in square frames. The rectangular text panels are interspersed by one of two types of decoration. The first is a combination of decorative motifs including architectural elements, flowers, and heads of angels with lowered wings who hold garlands hanging down from their necks on ribbons. Whereas the second one is composed of a curtain (?) and a garland of different flowers tied with a ribbon. The lower margins are precisely filled with the narrative scenes from the Book of Esther and midrashim in rectangular frames decorated with Rocaille (shells) on their sides. The latter features the style of the anonymous maker of the manuscript and can be found in his other scrolls too. The decorative scheme is partly based on the group of popular scrolls with printed borders produced in Amsterdam in the early 18th century (in the Index see "scrolls with portrait medallions").

The scroll is mounted on a wooden rod without a handle or finials. The pull bar of wood is attached to the right edge of the first membrane.

In institutional and private collections several similar examples are held; in the Index see ID 37731. 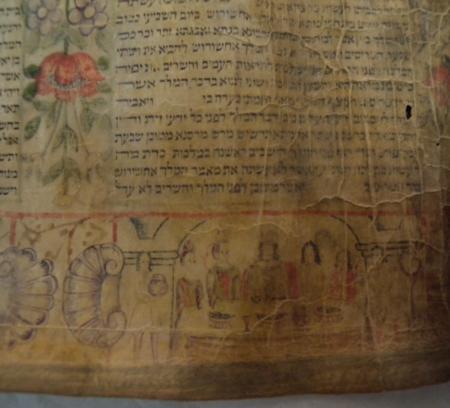 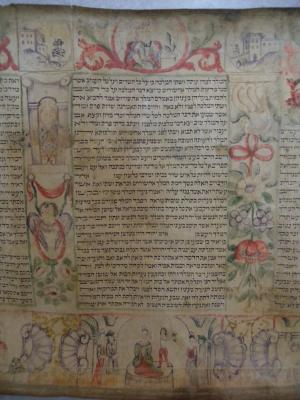 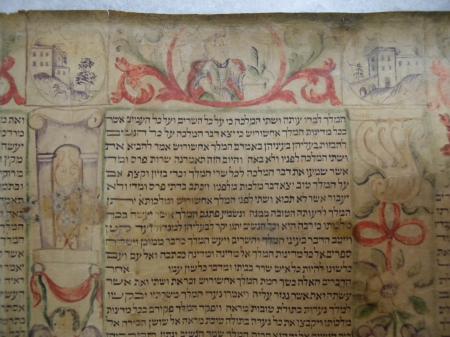 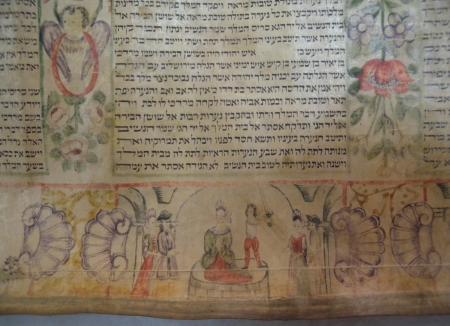 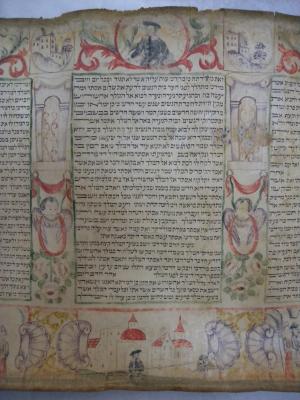 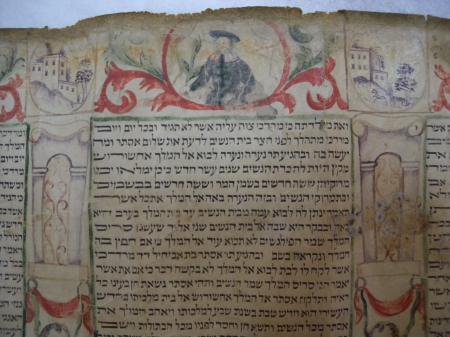 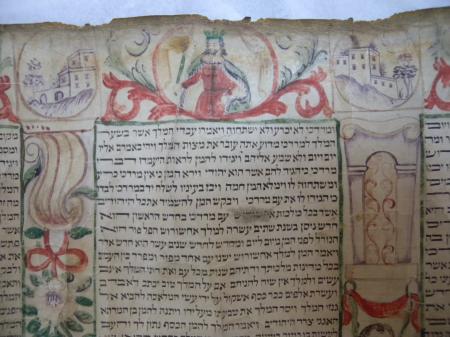 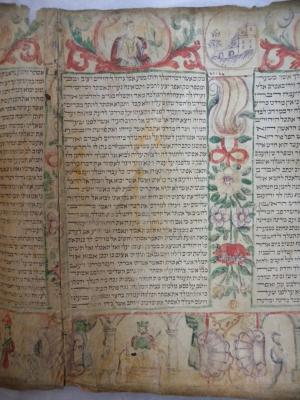 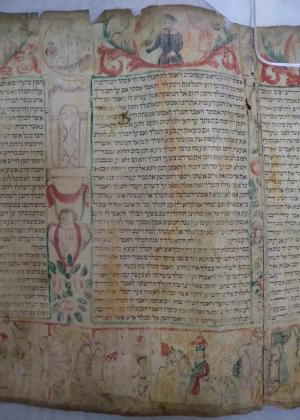 The text is inscribed in the Hebrew Ashkenazi square script in light black ink, on the flesh side of parchment sheets that are rather thin. The flesh side is more smooth and brighter than the blank side that is rather suede and darker, however, the color of the sheets is not the same.

The opening word of the Megillah (ויהי) is written in enlarged and bolded letters, framed in an oval flanked by stylized acanthus leaves.

The letter ע in the final word of the book is highlighted by an elongated left arm and the lower component of the letter is decorated with a long stroke that is bent to the right.

In general, the ruling is almost invisible on both sides of parchment sheets. The lines made with a stylus can be discerned on blank parts of the 11th text panel and in the decorations between the text panels. This shows that both lines - upper and lower - were made along with the sheets.

There are hardly any margins in the text panels.

For a short English description of similar scrolls see: Sotheby's