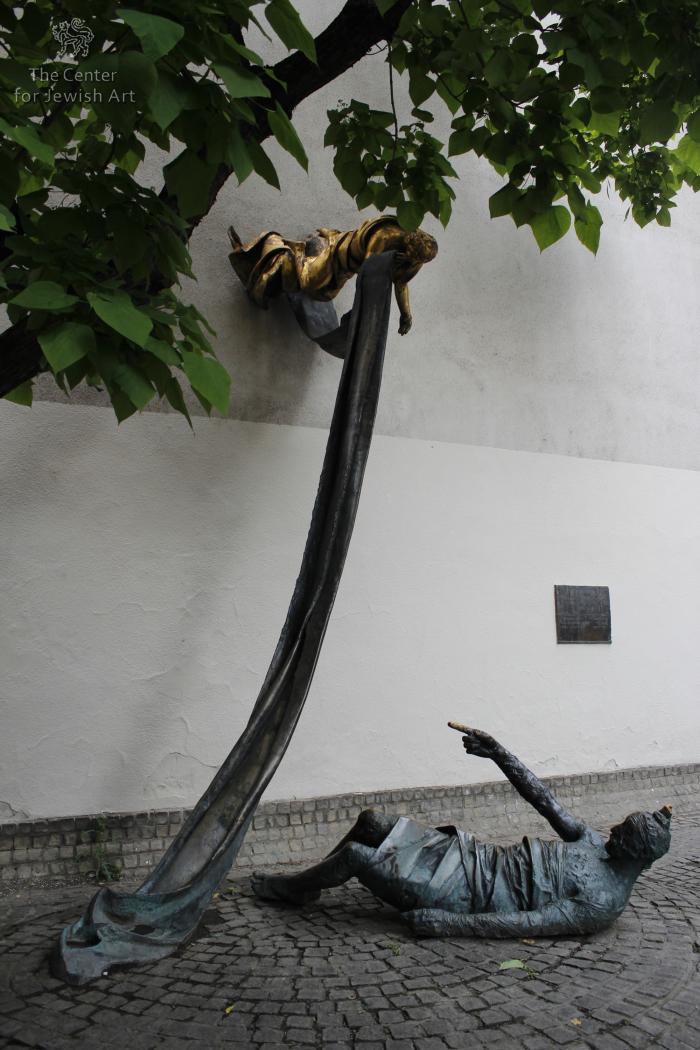 The sculptural group consists of two bronze life-size figures, one attached high on a building wall and the other lying prone on the cobbled pavement. The two are visually connected by a long undulating bronze sheet that descends from the wall figure like a ribbon.

The upper figure is gilded and appears to be flying out of the building wall, projecting perpendicular to the wall, looking down, and holding the long cloth that falls to the ground near the figure lying on the ground. The upper figure is a golden angel of hope, offering a lifeline to the distressed. The figure of ground is on his back but rises slightly and reaches for the cloth, pointing with the index finger of his right hand. This figure appears wrapped in a wide ribbon the wraps around his body, leaving arms, legs, and upper torso exposed. The figure is represented with a short beard, and the top of the head wrapped in a turban with a top knot.
There is a plaque on the ground with an inscription in Hungarian and one on the wall, with the same passage in English. The plaques contain a quotation from the Mishnah: “Whoever saves a life is considered as if he has saved an entire world” (Sanhedrin 37a).

“WHOEVER SAVES A LIFE IS CONSIDERED
AS IF HE HAS SAVED AN ENTIRE WORLD”
/TALMUD/.

IN MEMORY OF THOSE WHO IN 1944
UNDER THE LEADERSHIP OF THE SWISS CONSUL
CARL LUTZ/1895-1975/ RESCUED THOUSANDS
FROM NATIONAL SOCIALIST PERSECUTION.”

Righteous Gentile - a true man among the people of the world - Carl Lutz has been recognized as one of the Righteous Among the Nations by Yad Vashem.

Carl Lutz Board (Swiss), with support of Budapest City Council 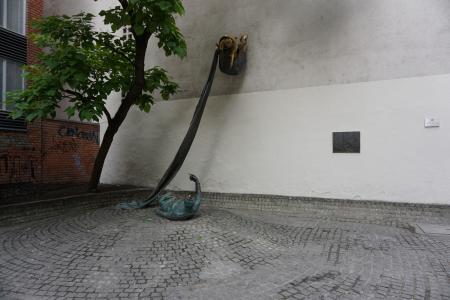 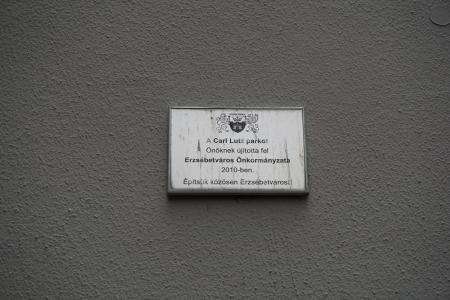 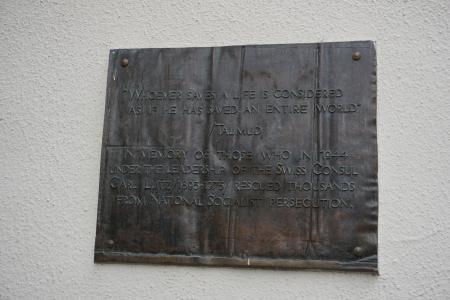 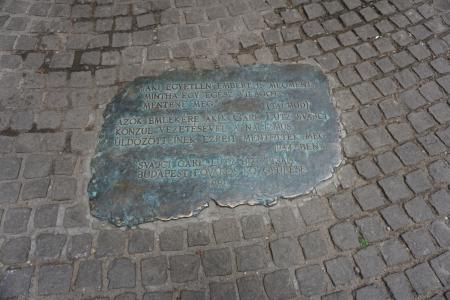 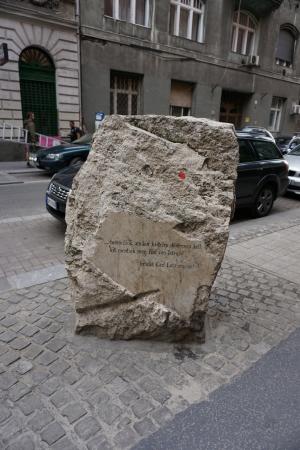 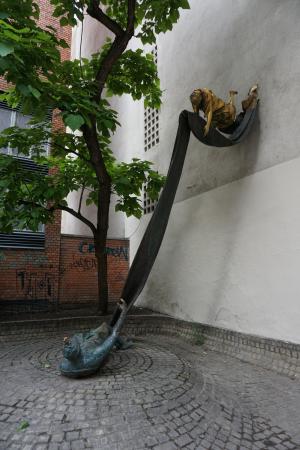 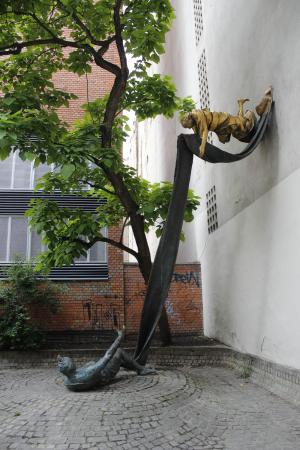 Carl Lutz was the Swiss Vice-Consul in Budapest in 1944 and helped save tens of thousands of Jews through so-called safe houses and emigration papers. Lutz also helped to prevent the Arrow Cross Party from destroying the Budapest ghetto.

Following World War II, Lutz’s heroic actions were largely forgotten. In his home country of Switzerland, he was accused of having exceeded his diplomatic authority in his work to save Jews from deportation. In 1965, however, Yad Vashem awarded him the medal of the Righteous Among the Nations, and his story began to be better known.

In 1991, the monument by sculptor Tamás Szabó was installed near one of the entrances to the former Budapest ghetto. This brought him more to the attention of Hungarians, but also to the thousands of tourists who began to flood Budapest in the 1990s. In 2010, the territory around the monument was rearranged by the municipality of Erzsébetváros.

The Foundation Carl Lutz, now named the Carl Lutz Society, was established in 2005 to keep Lutz’s memory alive. A memorial room in the former “Glass House” in 2005.