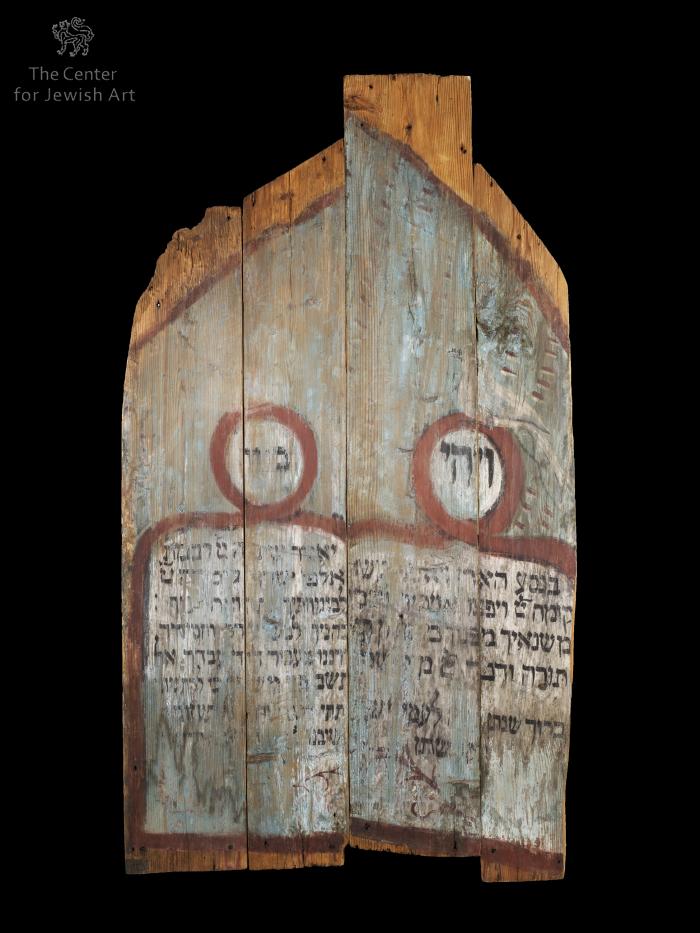 This is the only part of the ceiling of the wooden synagogue in Náznánfalva, that was donated to the Hungarian Jewish Museum by the Marosvásárhely (Târgu Mureș) Jewish Community in 1941.

A dove is depicted above the right Tablet. Branches are depicted under the text.

The object unterwent a restoration by Levente Kovacs and Edit Ördög in 2016.

The following text is provided by the Hungarian Jewish Museum and Archives:

"In the 18th century, Náznánfalva was the second largest Jewish community in Transylvania after Gyulafehérvár (today Alba Iulia, Romania). Jews were not allowed to settle in Marosvásárhely – just as in other royal cities, so they settled on the outskirts of the city, on land in Náznánfalva belonging to the Barcsay family, where they erected a wooden synagogue for themselves in 1747. From the outside, the synagogue looked like a simple shed, but on its walls from the inside there were painted prayer texts. Already in 1910 there was a letter that called the attention of the newly founded Jewish Musem to this wooden synagogue, which was unique in Hungary. Eventually, the museum could acquire a piece of the painted wooden ceiling of the synagogue in 1941, when the territory of Náznánfalva, which had been annexed to Romania after the Trianon peace treaty in 1920, was returned for a time to Hungary by the Vienna Agreement." 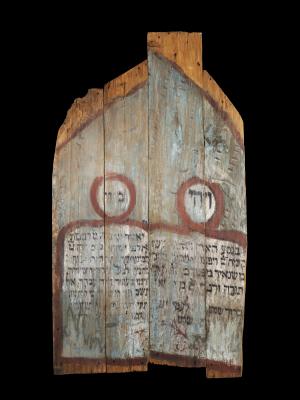 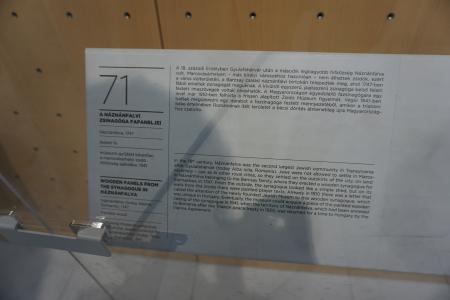