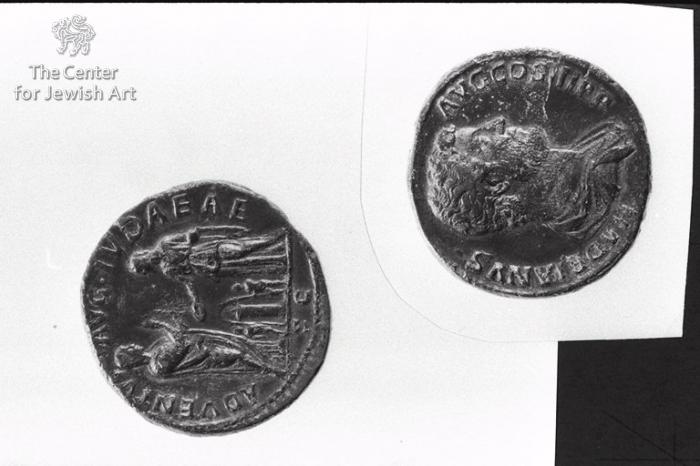 © Center for Jewish Art, Photographer: British Museum,
REVERSE: Hadrian in a toga facing right, raises his right hand in greeting; in his left hand he holds a scroll. On the right Judea stands draped and veiled facing Hadrian. She holds a patera in her right hand and a bowl(?) in her left. Between them is a flaming altar and at its lower left is an animal (bull?) for sacrifice. Two naked children holding palm branches stand between the two figures and to the left of the altar and face the emperor. A Latin circumscription reads: "ADVENTVI AVG IVDAEAE". In exergue: "SC", "Senatus Consulto". Border of dots. OBVERSE: Bust of Hadrian. 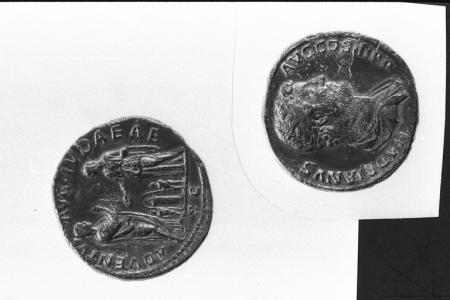