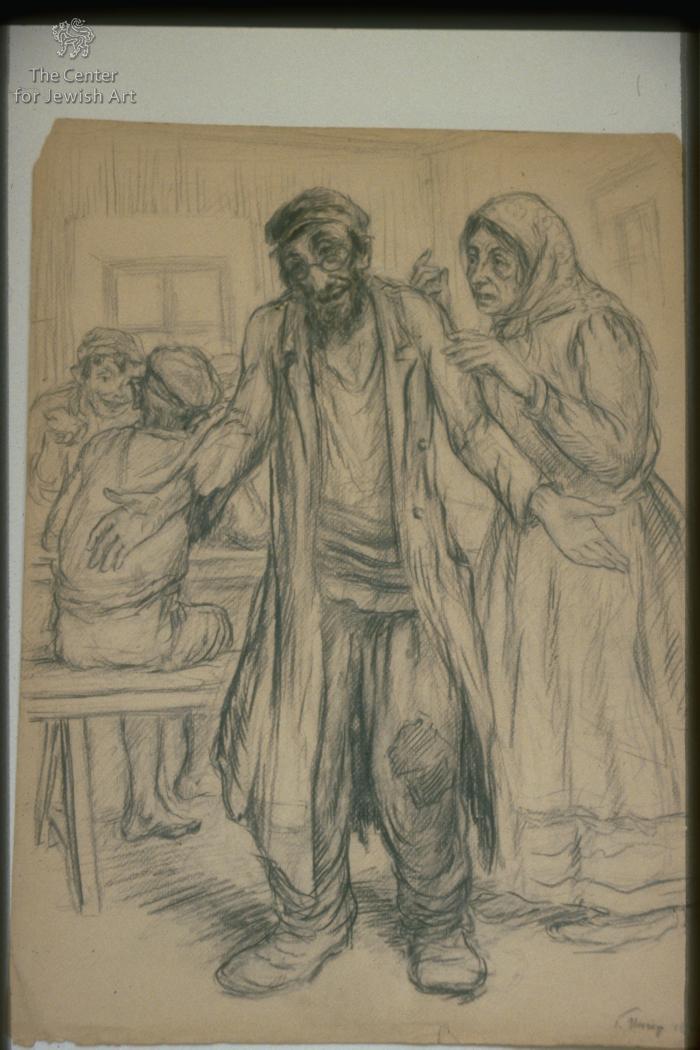 © Center for Jewish Art, Photographer: Rajner, Mirjam, 05. 1990
A melamed is represented on the foreground standing with his wife in the middle of a heder. He has a small beard, moustaches and glasses. He wears trousers with a patch on his left knee, a shirt, shoes, a rimmed hat and a tallit katan under a frock-coat. He lifts his hands in dismay answering to his wife. The wife stands to the right and behind the melamed talking to him. She wears a chemise with a skirt and a $$9head scarf. The left hand of the woman lies on the left arm of the melamed. Her right hand is raised. In the left part of the background there are two barefooted pupils in rimmed hats sitting at the table, speaking to each other. The room has a low ceiling and two small windows. 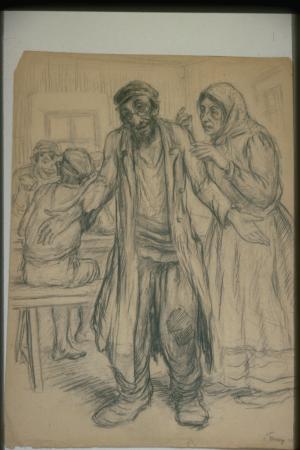