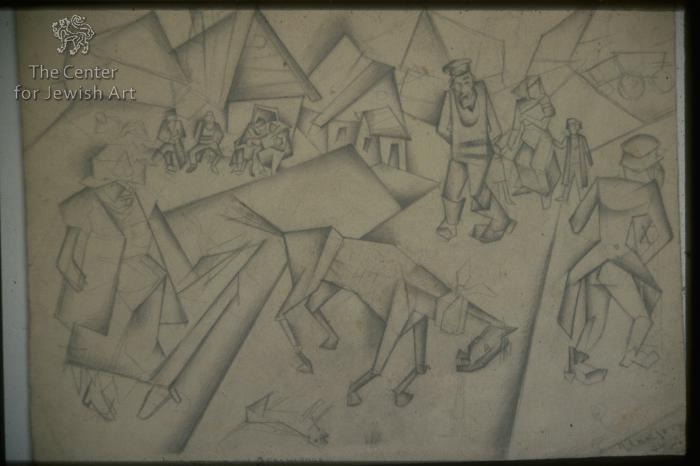 The picture represents a shtetl scene. On the foreground there is an old thin jade with its neck bandaged with a neck-scarf. It is surrounded by the Jews. On the left side stands a stout woman in a hat and a long skirt, in the centre an old man with a beard, wearing a rimmed hat, his hands put behind his back, next to him - a woman in a head-scarf with two children. On the right side, there is a man in a frock-coat, with a tallit bag under his arm; he is going away, his back turned to the spectator. On the background - old small buildings with skewed roofs; between them to the right - a cart, to the left - sitting people (two old men and two chatting women with children). On the foreground next lying on its back with its paws raised above. There is a Russian inscription wrote in square letters, which reads: "Illustration for story "Jade" by Abramovich." 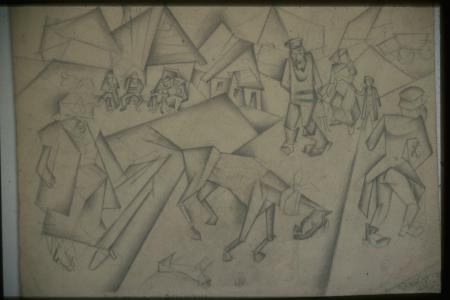