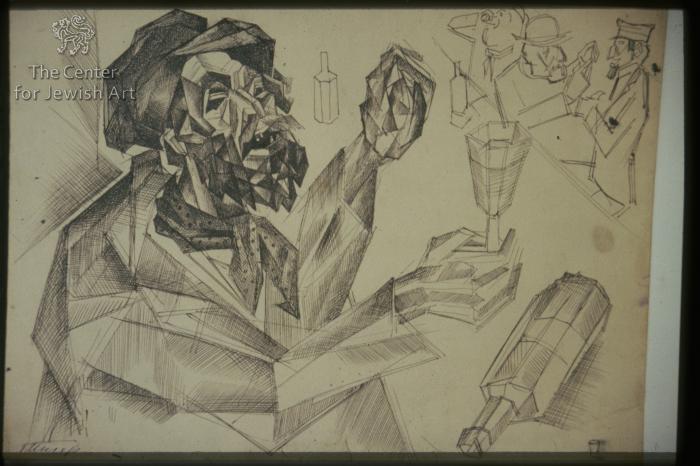 © Center for Jewish Art, Photographer: Rajner, Mirjam, 05.1990
The picture illustrates the scene of the circumcision celebration. In the left part of the picture there is the half-length three-quartered portrait of the sandek proposing a toast. He is wearing a rimmed hat, a frock-coat and grey neck-scarf. There are four teeth seen in his open mouth. His left hand is raised. In his right hand he is holding the wine-glass. On the upper right corner there are three half-figures of the three Jews sitting at the table. The left one is drinking from the glass throwing back his head. He is holding a bottle by his left hand. Another old stout man in a hat and a frock-coat with a beard is sitting turned his back to the first one. He shows a piece of paper to the third man who looks at the piece raising the thumb of the left hand as a sign of appreciation. There are a big empty faceted bottle and the cork on the table to the right of the sandek. Another faceted bottle is represented near to the sandek head. Depicting sandek, the artist dismembers the real volume into geometric bodies (especially a beard consisting of small cubes). 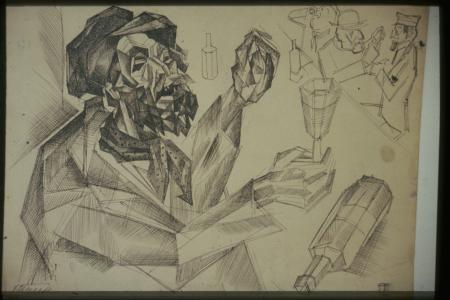