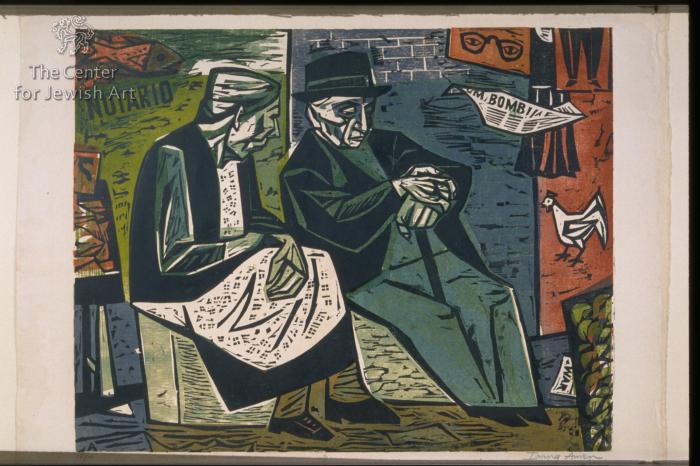 © Center for Jewish Art, Photographer: Harris, David,
An old couple is seated outside. Behind them are walls in different colours. The couple has sharp and hard facial features, and their faces are coloured in green. The woman on the left, seen in profile, is gazing to the right. She wears a simple black and white dress. The man on the right is seen in three quarter to the left. He wears a black hat and green and black clothes. He holds a cane with both hands. There are a few inscriptions inside the picture: "Notario", on the left wall below a painted fish; "Bomb"and "War" on the right, on a newspaper like sheet. Signed in the lower left corner with the first name initial only.
Summary and Remarks 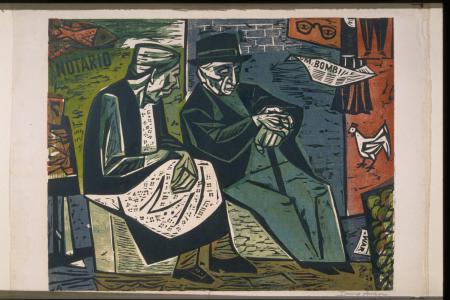