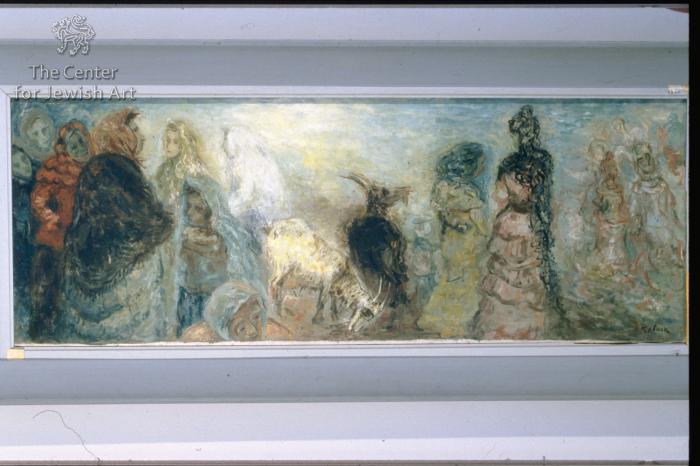 © Center for Jewish Art, Photographer: Radovan, Zev, 2.1987
Women, goats and children are seen in the open. Two goats are seen at the center of the composition, separating the picture into two groups, left and right: on the near left there are mostly village^women recognized by their cloth, and on the far left some elegant city women. On the right, two city women talk to a group of three villagers and a boy, while another two villagers are seen near by. One of the women looks to the right, where a village woman holds a young boy. He goes away with an elegant city woman, towards the far left where other city women are seen going away. 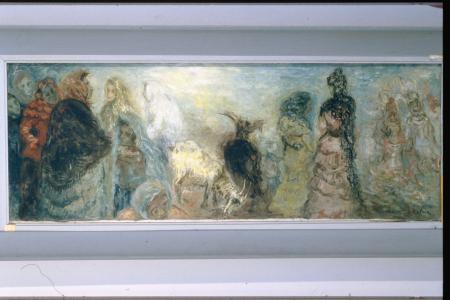