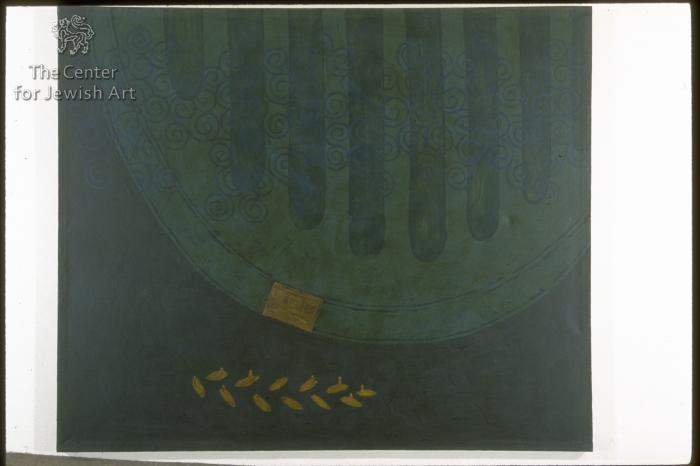 © Center for Jewish Art, Photographer: Radovan, Zev,
On a dark blue background the bronze-coloured Basel bridge is depicted. The brigde has 8 openings between its rails, through which the backgroung ( the water) can be seen. Over the rails waves (or curles) are depicted, symbolizing the waves in the river as well as lambs wool. On the right side of the bridge above the third opening in its rails, a small brass plate is attached to the canvas. On it there is an inscription in hebrew: The First President of the State of Israe. The inscription is flanked by two seven-branched menoras, and under each menora the inscription is repeated in english. The artist is refering to T. Herzel and not (as may be thought) to H. Weitzman. Above the plate 12 gold leaves, forming a branch, are hanging in mid-air, as if crowning the un-seen head of Herzel, proclaming him a leader. 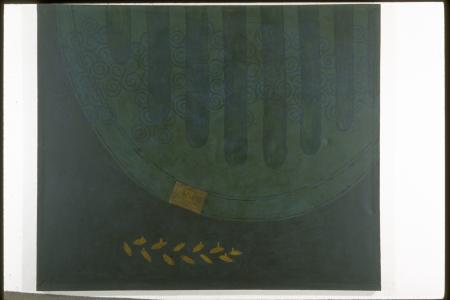