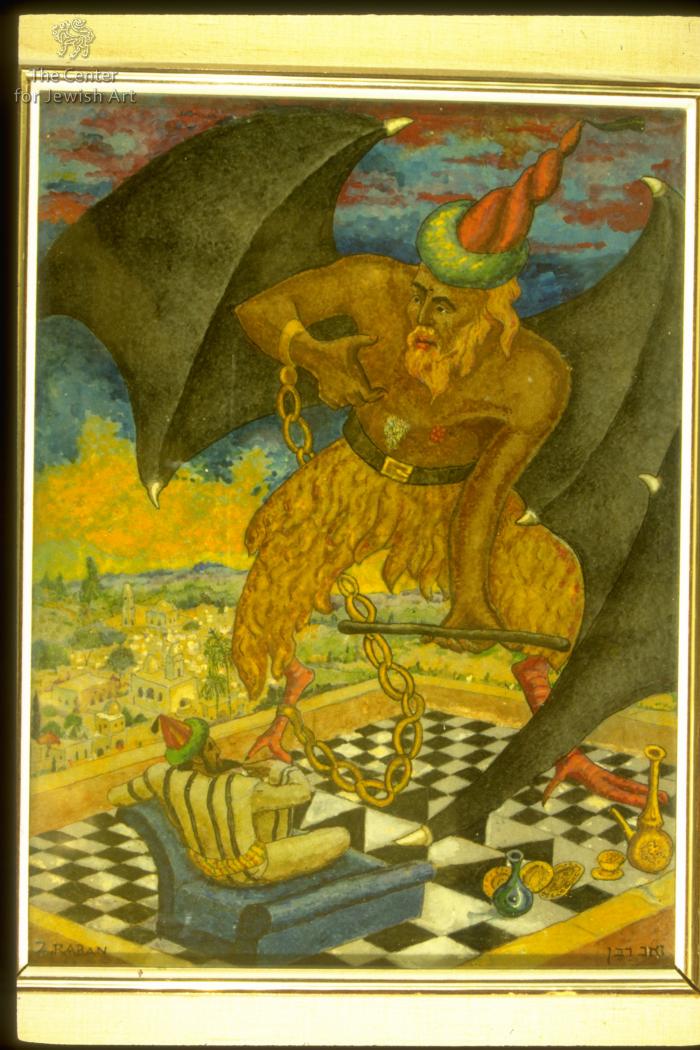 The picture represents a large winged figure of Ashmedai. His lower body is hen-like and his upper body is naked. He has black wings, which fill most of the picture. His right arm and leg are chained and he is holding a stick in his left hand. He has a green-orange turban and a little beard and he is wearing a belt around his waist. The figure is standing on the black and white floor of a building fronting King Solomon. Solomon is seen from his back sitting on a blue arm-chair. He wears a white robe with blue stripes. To his right on the floor are a few dishes. From the roof the city's houses can be seen. In the background the colours are green and yellow.

Hebrew poet laureate Ch. N. Bialik collected, arranged, and retold many Jewish folk tales in the modern period. One of them - King Solomon and Ashmedai - tells how the King caught Ashmedai, king of demons and brought him to his court in chains. Solomon was in the process of building the Temple in Jerusalem; he was advised that there is a magical worm – shamir. He then forces the demon to actually help him build the Temple by relinquishing the services of the shamir, a mystical worm who could split rocks easily without iron tools. Raban's illustration focuses on Ashmedai's meeting with Solomon. The demon, in chains, holds a staff, four cubits long, about to throw it on the ground, next to the king's feet. 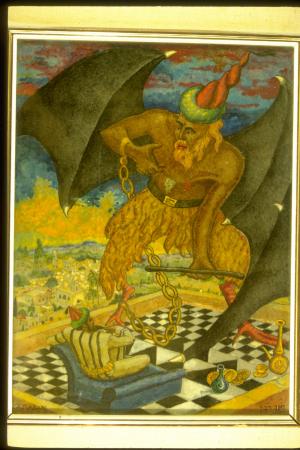