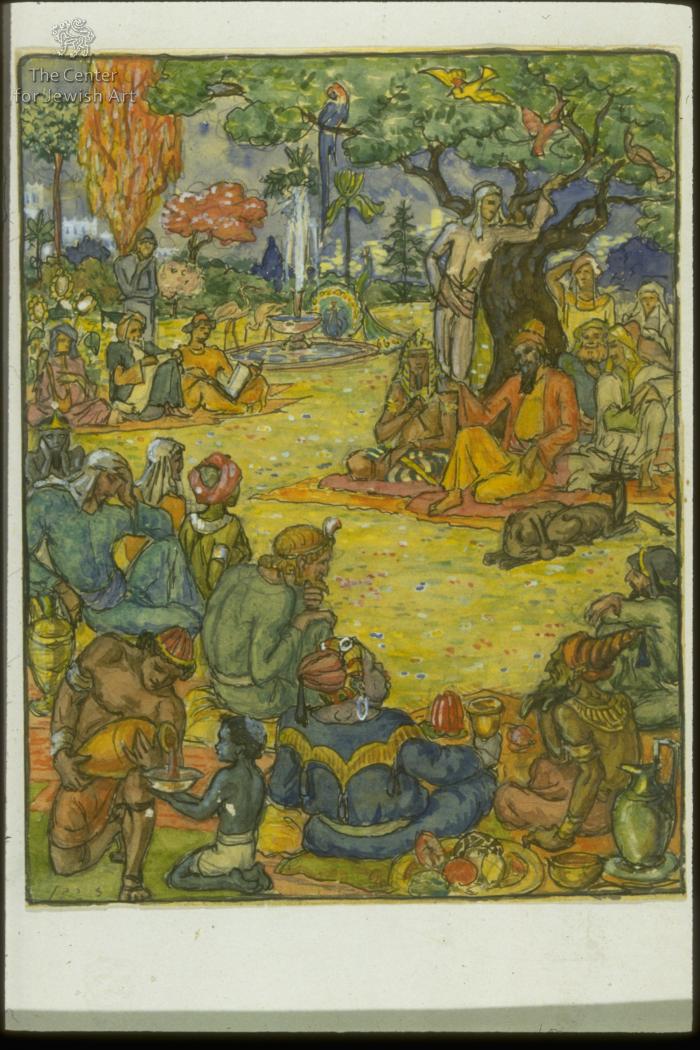 The picture represents two men, probably two kings, sitting under a tree. They are surrounded by a circle of people sitting on the ground. The two kings are sitting on a rug. The right one has a black beard, yellow robe and an orange robe on top and an orange turban. To his left are two reclining gazelles. The left one is dressed in traditional Egyptian king`s clothing. Behind them stands a servant leaning on the tree. The king on the right is touching the left king`s shoulder. The people surrounding them are dressed in oriental clothing. Some are writing, and the others are listening. In the front, a servant is pouring liquid into a bowl that a young boy is holding. In the background is a fountain, birds and trees.

Hebrew poet laureate Ch. N. Bialik collected, arranged, and retold many Jewish folk tales in the modern period. One of them - King Solomon and Ashmedai - tells how the King caught Ashmedai, king of demons who was brought to his court in chains. The King frees him from bondage; the demon then tricks Solomon, lifts him in the air and throws him into a land far away from Jerusalem. Solomon falls asleep; the legend tells of three dreams. In his third dream, he sees himself seated on his throne in his palace garden, surrounded by his wives and concubines who dance a frenzy dance. The whole crowd is swept away by the dance until the king's head is turning, which makes him fall from the throne and the dance then stops abruptly as if it never took place. 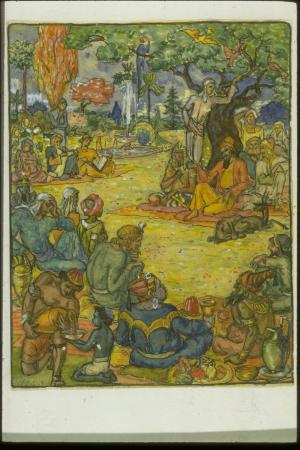