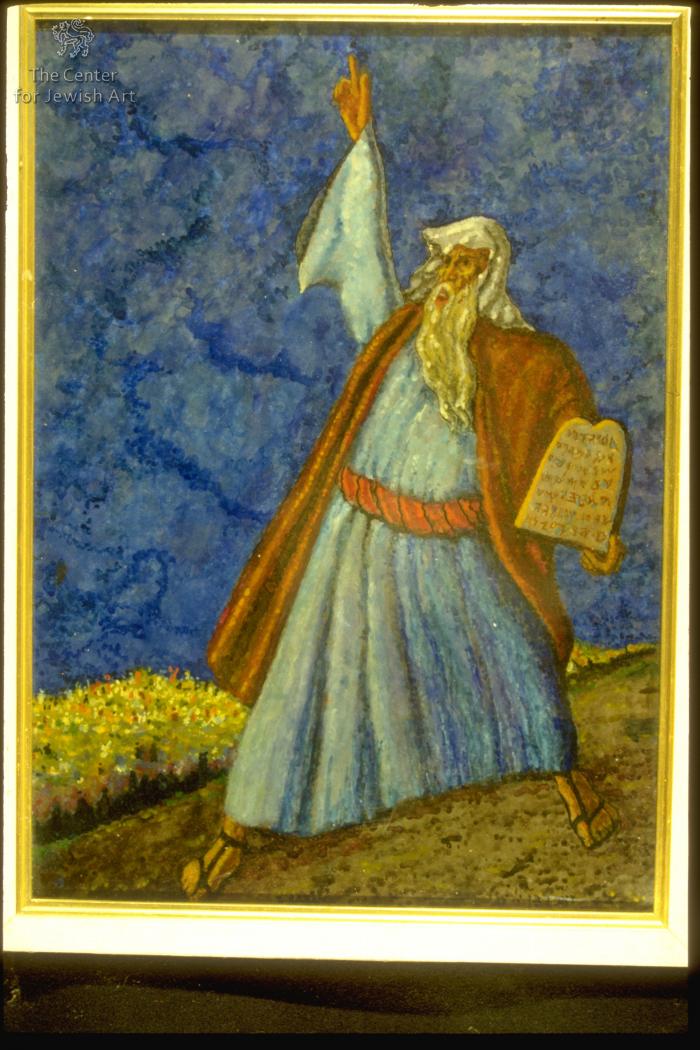 © Center for Jewish Art, Photographer: Radovan, Zev, 11.2.1992
The picture represents old Moses holding the Ten Commandments in his left hand and pointing up to the sky with his right hand. He wears a light blue gown with an orange belt and a brown robe on top. He has a white scarf on his head and a long white-grey beard. He is standing on a mountain slope. In the background is a blue sky.