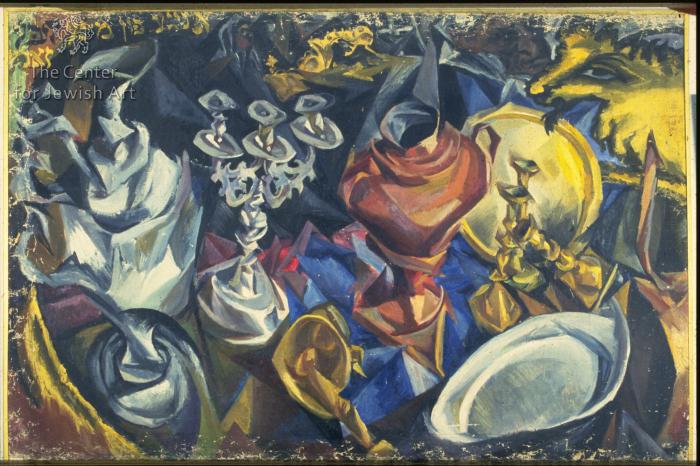 © Center for Jewish Art, Photographer: Radovan, Zev, 02.1987
Various Jewish ritual and other objects are set on a rounded table covered with a creased blue cloth. The objects from left to right are: a mortar which lies on its side and pestle; a red metallic tall jar; a silver jug above a melted unrecognisable object; a triple-branched candelabrum;three gold candlesticks, one of them leaning on another; a round silvery plate behind the candlestick and a gold, oval tray. An animal, possibly a goat, is depicted in the upper right corner of the picture overlooking the objects. It has a large eye and its tongue or beard hangs down. There is an inscription in Yiddish along the upper left corner of the painting: איניגע פון מיינע ליבע זאכע
Summary and Remarks 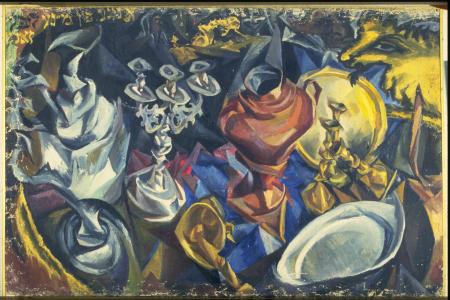