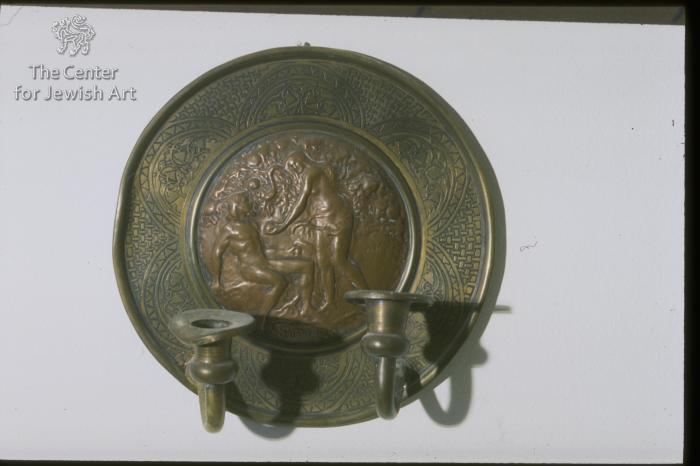 © Center for Jewish Art, Photographer: Radovan, Zev, 11.2.1992
The relief represents Adam and Eve. Adam is sitting on the left and Eve is standing on the right giving Adam a fruit with her left hand. His right hand is resting behind him. She has long hair. His hair reaches his shoulders and he has a beard. Both are naked. In the background a fruit tree, and a snake in the tree between them. On the ground there is a Hebrew inscription: ADAM and EVE. The flower-like frame has with six petals in each floral decoration. In the lower petal there is a Hebrew inscription: SH.R.A.L Bezalel Jerusalem. In the frame are two candlesticks.
Summary and Remarks 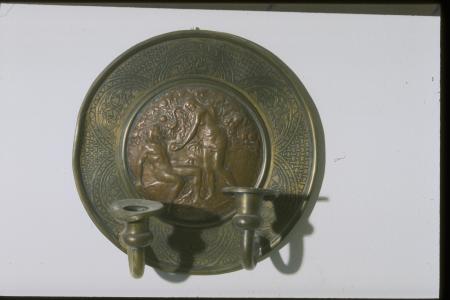