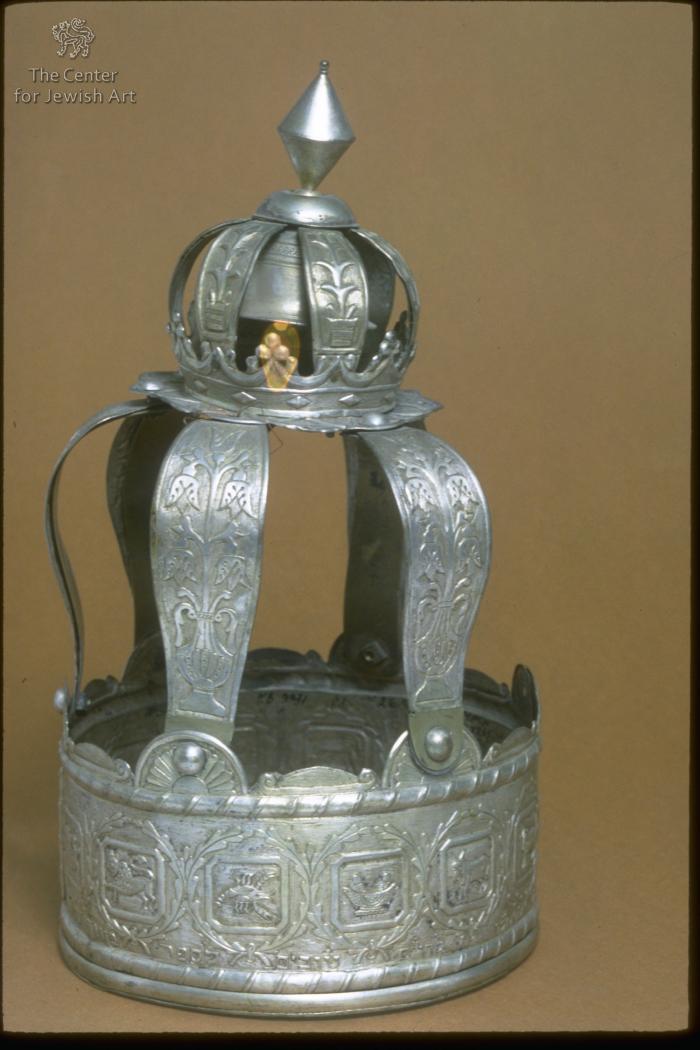 The two-tiered Torah crown consists of a main section, a crest, and an apex. Each tier is composed of a base and arms.

The coronet-like base is comprised of a round band that bears the signs of the zodiac in square frames within medallions composed of garlands (8882). Two rings encircle the bottom of the base and one encircles its upper border. Above the lower rings is a dedicatory inscription, in square filled letters which reads:

Three dots above certain letters in the inscription indicates the year. 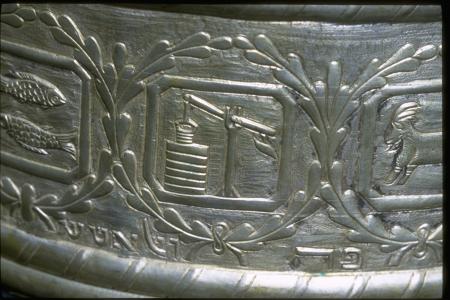 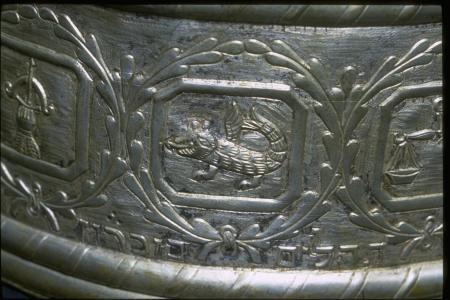 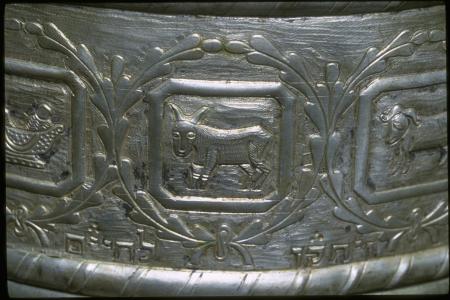 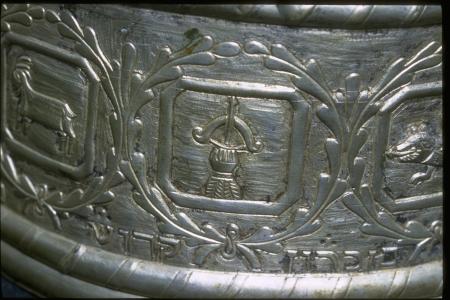 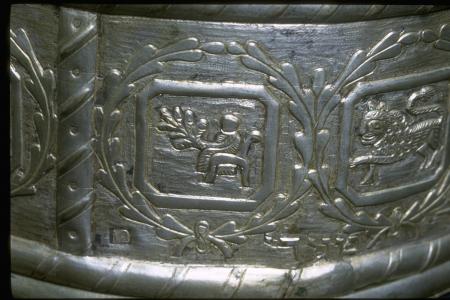 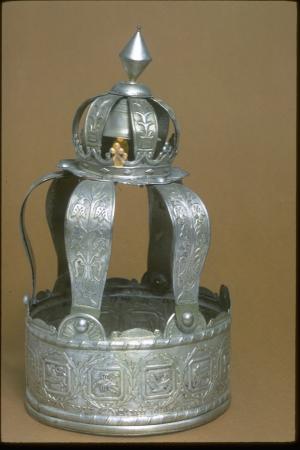 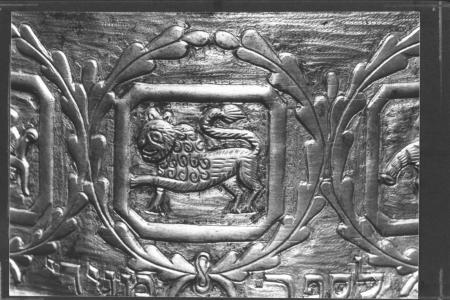 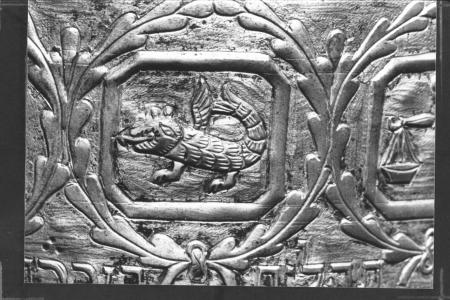 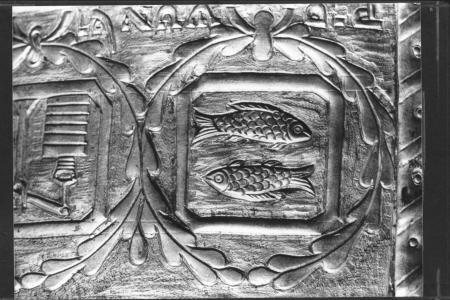 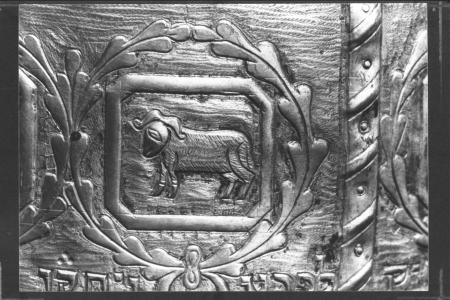 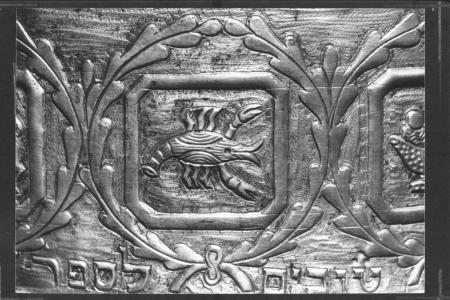 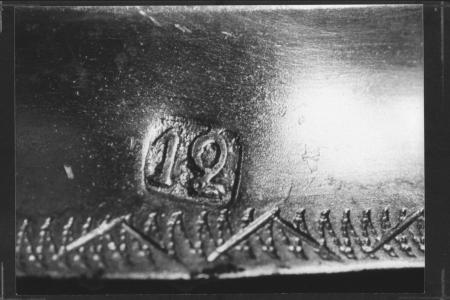 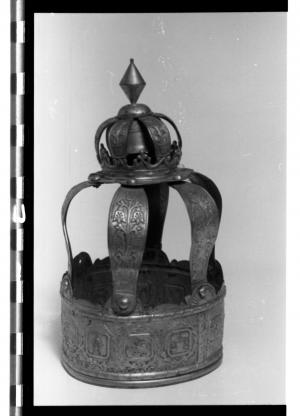 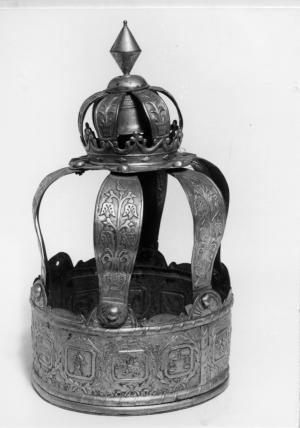 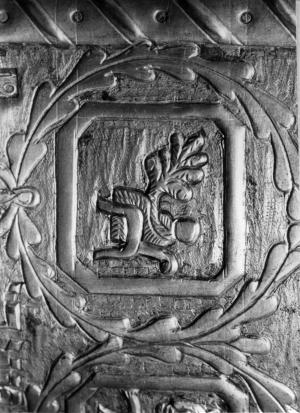