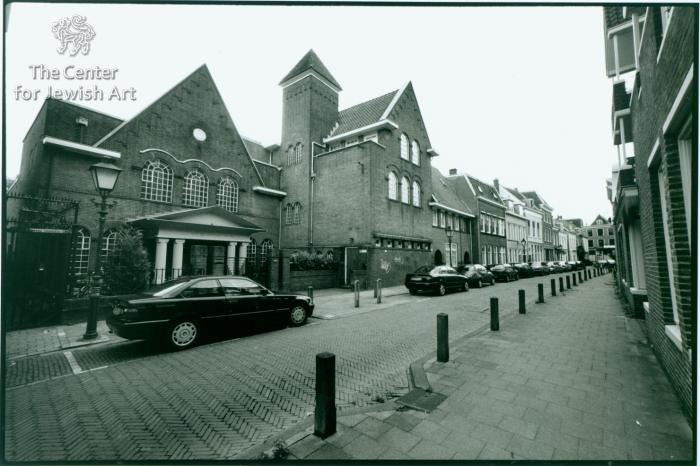 A Mennonite church was located on the site of this synagogue. The church had been repurposed as synagogue since 1792. In 1849, a new building was constructed as a replacement of the former synagogue. The synagogue, dedicated in 1926, was part of a larger complex which included a school, a 'secondary shul' meeting halls, community spaces, mikveh, and residences for the secretary and janitor. The synagogue contains a gable roof, rounded arch stained-glass windows. The neoclassical entrance of the synagogue contains 4 large pillars which support the triangular pediment. The women's gallery, located along three walls of the interior, is supported by octagonal pillars.

The synagogue was used until 1943. After the Second World War, it was rededicated in 1945 as it had survived the war without any major damage to the building itself. It functioned as a synagogue until 1981, after which it was reused by the Evangelical community. The Jewish community now uses the secondary shul as a synagogue. 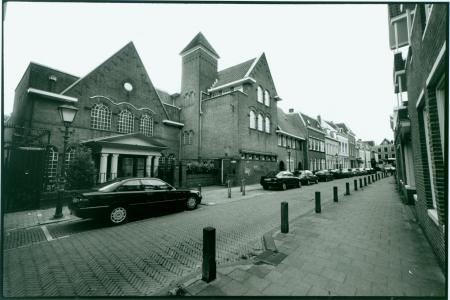 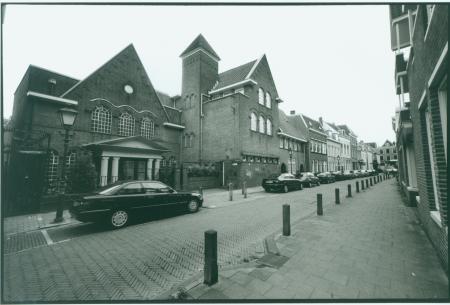 Before 1792 the building housed a Mennonite church. In 1925-26 the synagogue was rebuilt by H. Elte Phzn.