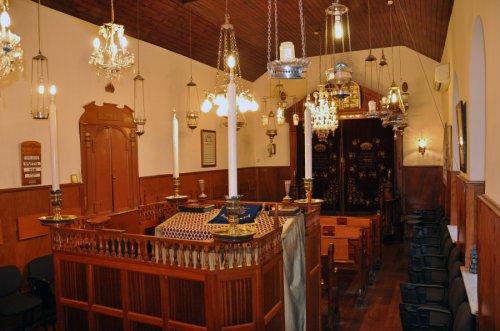 In 1759, the Yeshivah in this building was converted into a synagogue for the Moroccan Jews. During the Great Siege (1779-1783) the synagogue was destroyed and later rebuilt (perhaps in early 19th century). According to the inscription on one of the two wall tablets on the landing, the synagogue was renovated in 1921 (Kadish, pp. 27-28).