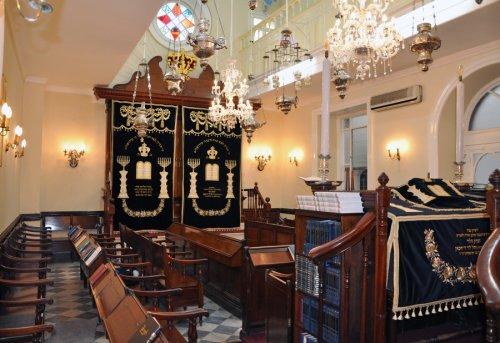 1. The synagogue is named after one of the illustrious families of Spanish Jewry, tracing their ancestry back to the 13th century.

2. Although the inscription with a chronogram in the keystone indicates that the synagogue was built in 1821, perhaps it was built as early as 1780 (Kadish, p. 31).