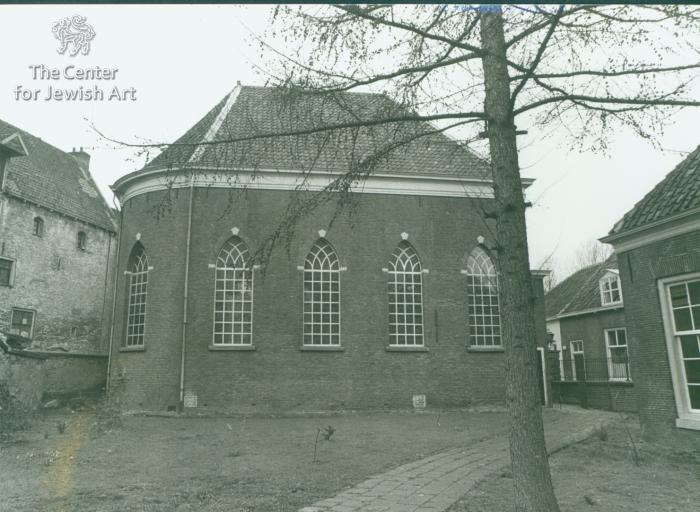 The synagogue of Amersfoort which was dedicated in 1727 was a rectangular shaped building located behind a private home. The original synagogue was used by both the Ashkenazi and Sephardic communities. The plans for the current synagogue were developed by the architect B. Ruitenberg. The design was inspired by the German neoclassical synagogue in Kleef which dates back to 1821. Unlike the rounded arch windows found in the example of Kleef, the synagogue of Amersfoort received pointed lancet windows and a round apse located at the eastern end. The neoclassical Torah ark dates back to 1843 and contains the Hebrew dates (5)487 and (5)611, corresponding to the year 1727 and 1843. The women’s gallery is located at the opposite side of the Torah Ark.

The synagogue was renovated in 1926/27 by the architect H. Elte Phzn. during which the art deco stained glass windows were installed. After a subsequent renovation by the architect A. Oznowicz the building became once again used as a synagogue in 1949. Oznowicz was also responsible for the design of the furniture including the bimah and railings of the Torah Ark. The architect P. Wassink tried to restore the original color palette during a renovation in 1993/94.

After an excavation in 1993 of a nearby house located behind the synagogue, the original mikveh was discovered. 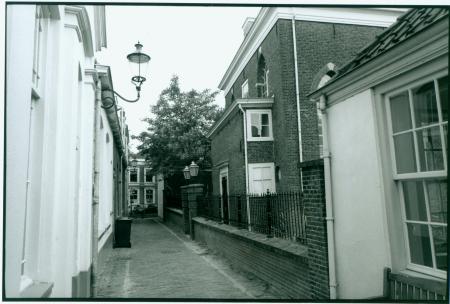 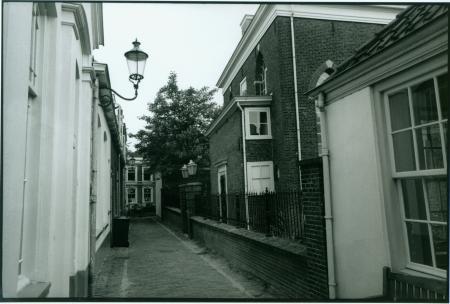 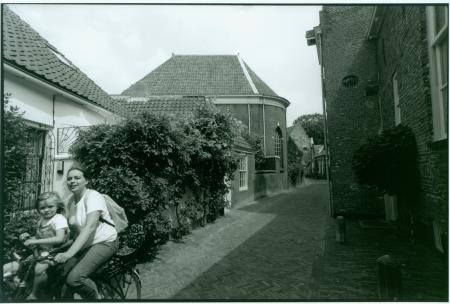 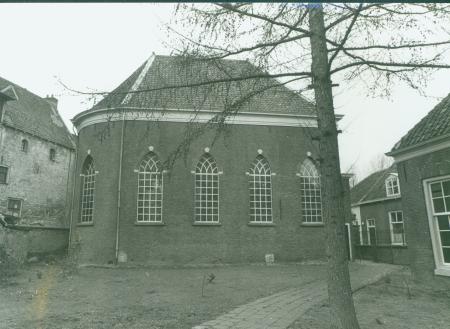 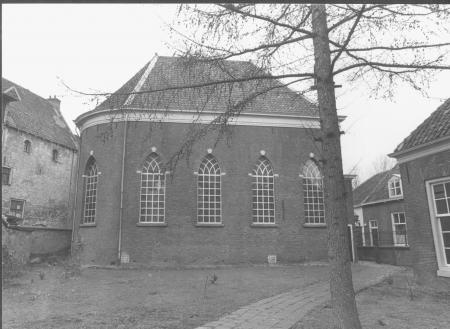