The double tiered Torah crown consists of a main section and a crest. Each tier is composed of a base and arms (figure 1). The coronet-like base is comprised of a round band topped by wavy edges bearing flowers and scrolls. The band is decorated with two alternating shields and Tables of the Covenant bearing a continuous dedicatory inscription. The inscription is written in square filled letters reading clockwise (figures 2-5): "Donation of Rabbi Menahem Mendel son of Rabbi Moses Judah and Mr. Moses son of Rabbi Dov Lichtenstein to the Society for the Study of Mishnah of the Lithuanian Beit Midrash of  Belaia Tserkov' (“Sadeh-Lavan”), the year (5)689 (1909)." Each shield is supported by a pair of rampant, regardant griffins. The Tables of the Covenant are supported by a pair of rampant, regardant lions.

Four medallions are interspersed between the inscriptions. The medallions are read clockwise from the right of figure 3: A bull (figure 6), Noah's Ark as a houseboat with a chimney, a closed door and windows, placed on the water (figure 7). A ram (figure 8) and a fish (figure 9). All the animals face left.

Six tapering concave arms radiate from the base converging at the convex unit which surmounts them. The lower part of each arm is decorated with cartouches containing depictions of: Noah's ark, as a house-boat, similar to the one on figure 7 (figure 10), an elephant (figure 11), blank Tables of the Covenant (figure 12), a swan (figure 13), a fish (figure 14), and a bull (figure 15). All face left and read clockwise. The arms are decorated with scrolls and acanthus leaves. At the top of each arm protrudes a rampant lion whose front legs support the crest. A flower hangs from the crest between each arm. The crest is a spherical crown comprising a round band decorated with rhomboids and dots, surmounted by arms in the shape of acanthus leaves. The arms are capped by a floral disk which is surmounted by a hemispherical apex. 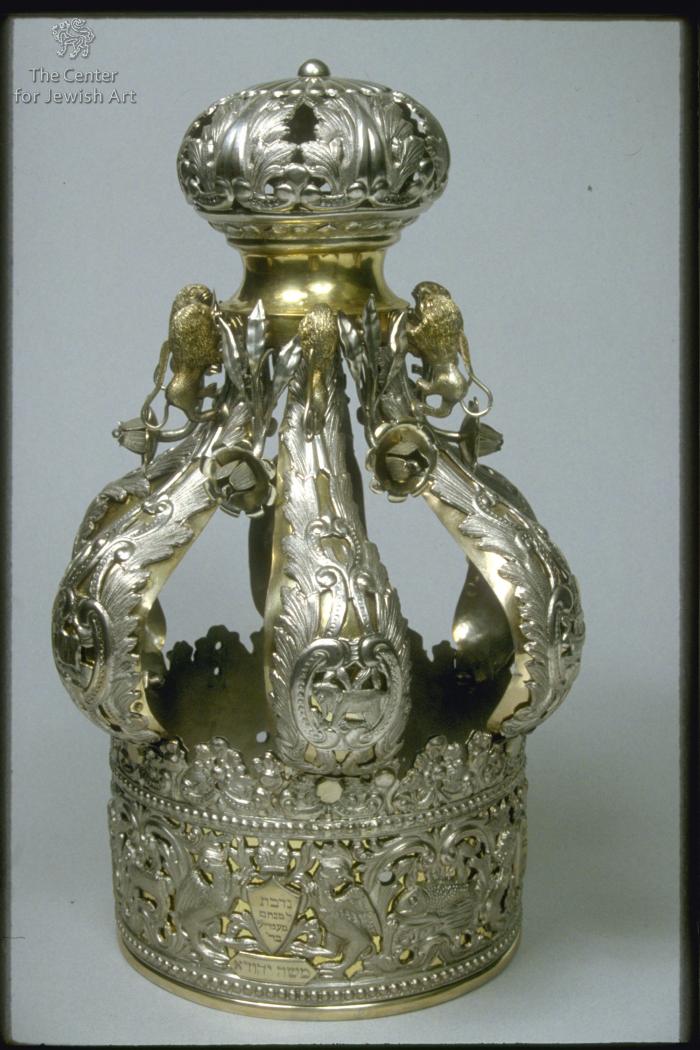 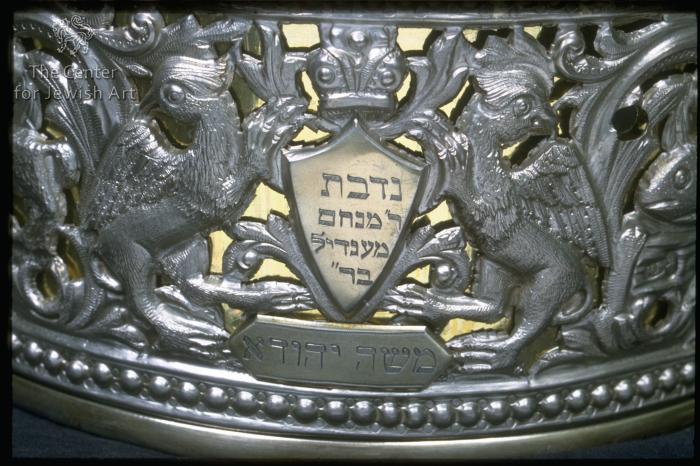 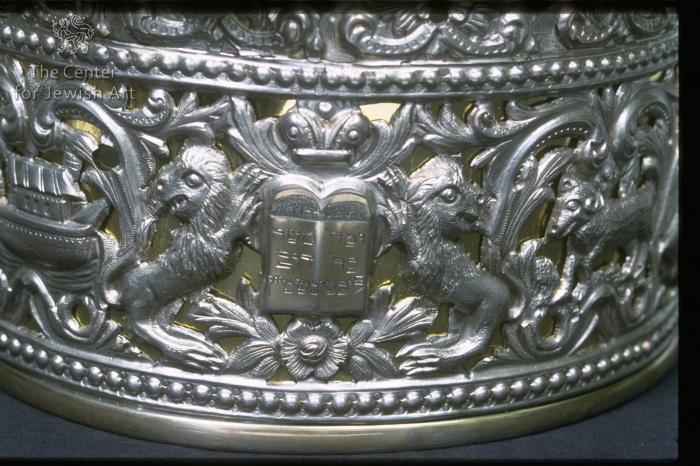 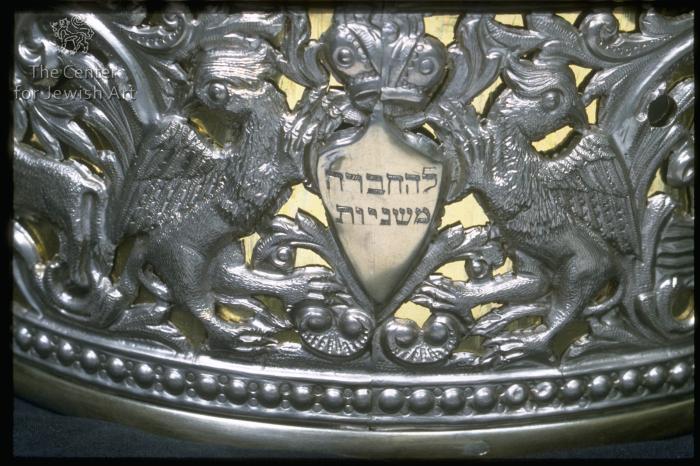 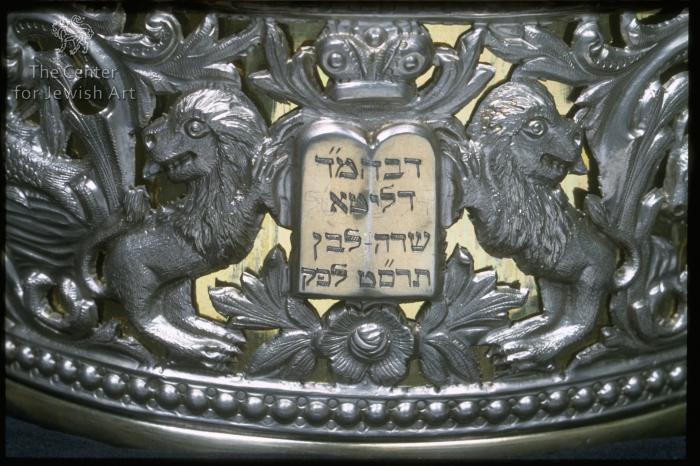 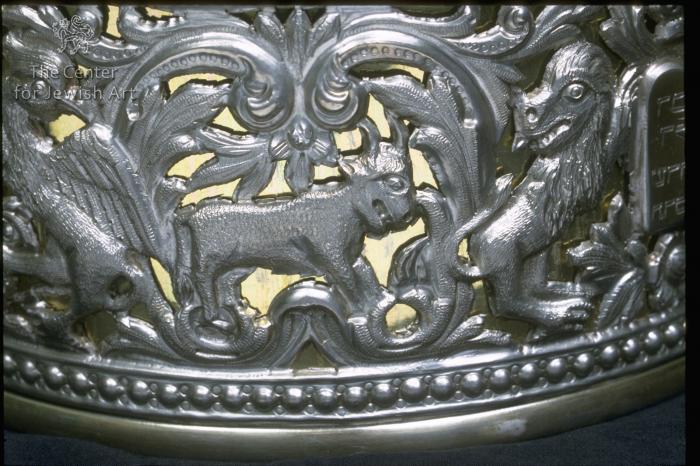 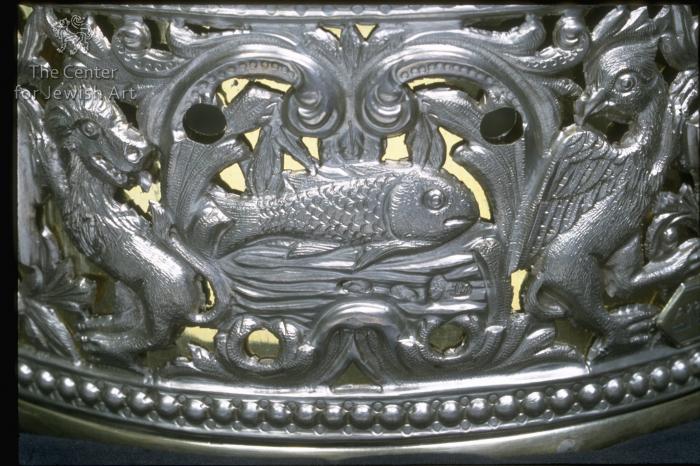 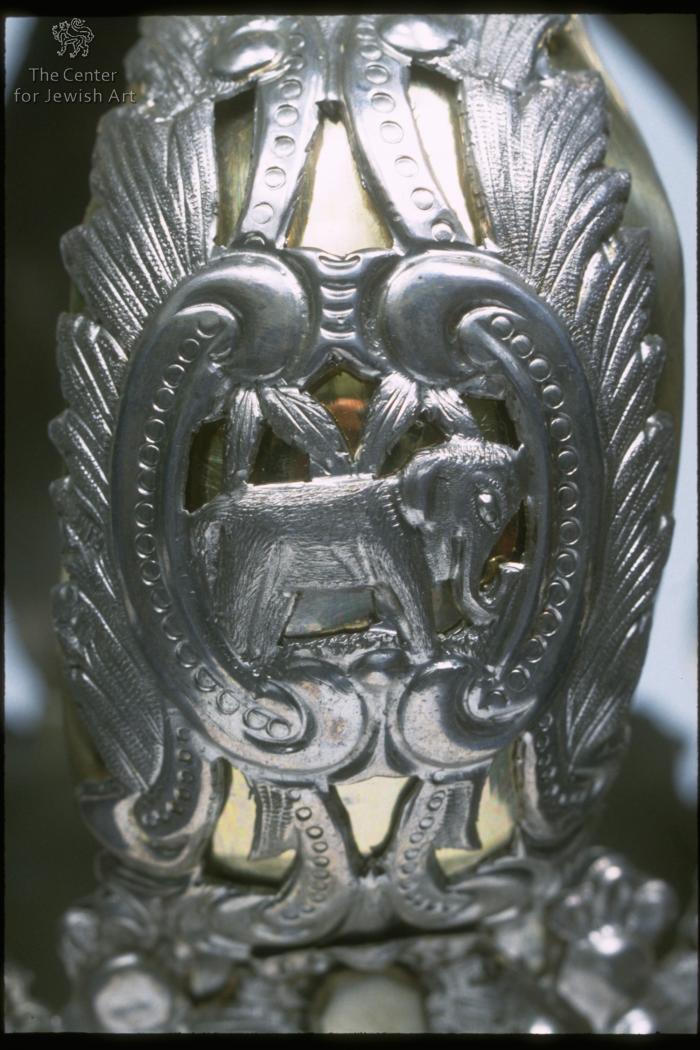 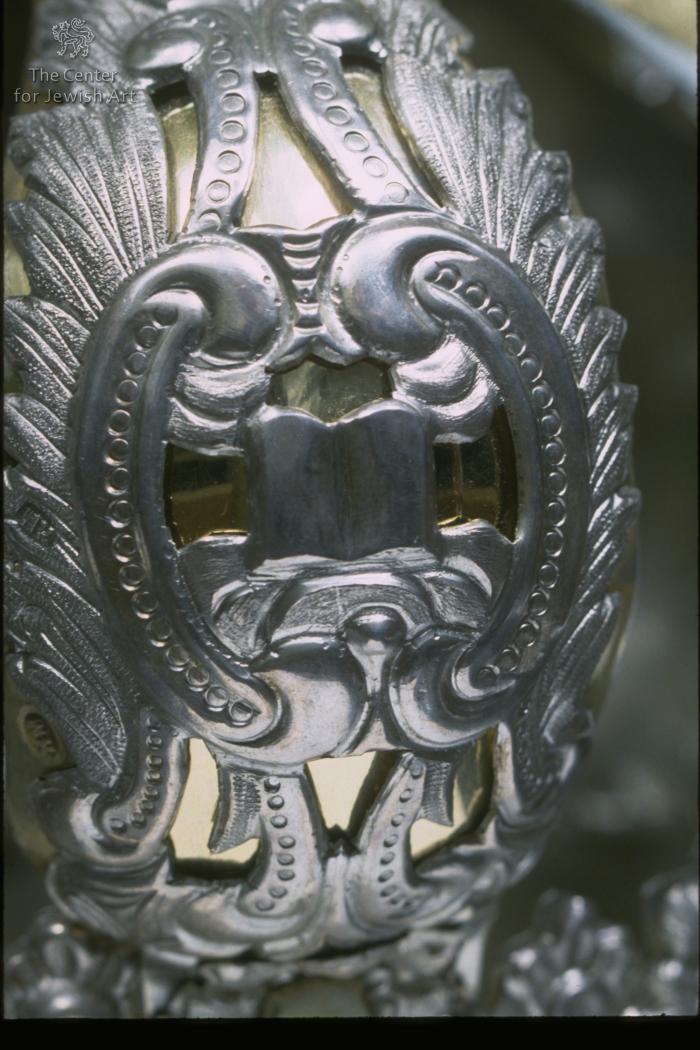 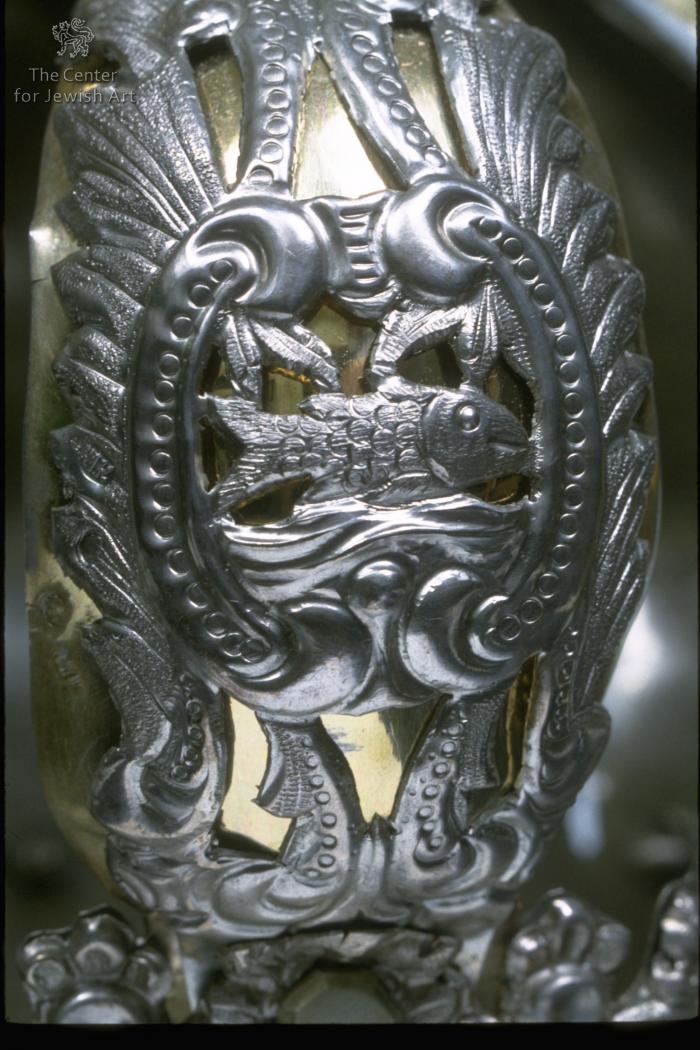 Suggested Reconsdivuction
History/Provenance
According to the hallmarks and dedicatory inscription, the Torah crown was made at the end of the 19th century in Odessa. At the beginning of the 20th century it was probably in Yekaterinoslav and later on, around 1909, it was in Belaia Tserkov'.
Main Surveys & Excavations
Bibliography
Short Name
Full Name
Volume
Page
Type
Documenter
Ariella Amar | 1.7.1992
Author of description
Irina Chernetsky | 6.1995
Architectural Drawings
|
Computer Reconstruction
|
Section Head
Ariella Amar | 5.1999
Language Editor
|
Donor
UNESCO |
Object Copyright
Museum of Historical Treasures of Ukraine
Negative/Photo. No.
Edit Obj. ID: 244