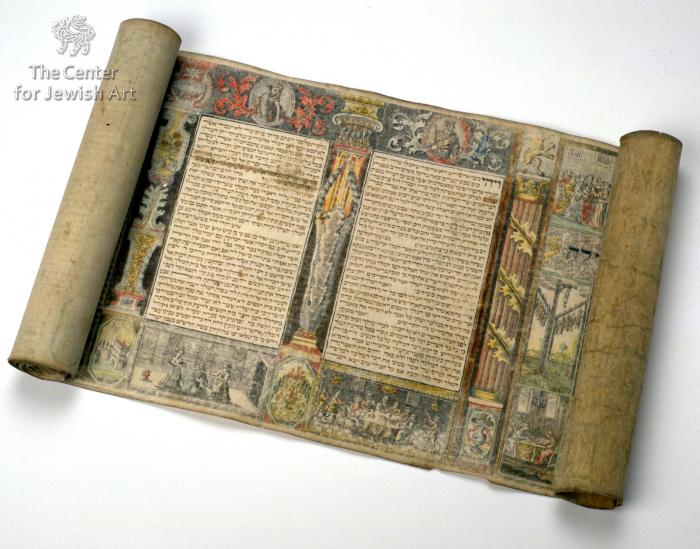 The scroll represents the type called "scrolls with portrait medallions" that are lavishly decorated and illustrated megillot produced in a mixed technique in which decorative border is printed as a copper engraving and the Hebrew text of the Book of Esther is penned by a scribe. It features decorative medallions placed in upper margins, above the text panels, containing busts of the Esther story protagonists except for the last one where a printed word ברוך – "blessed" is placed. The roundels are surrounded by acanthus leaves. The decorative scheme opens with a panel containing several illustrations from the Esther story; the central panel is designed for the benedictions. The text is written in regular rectangular columns enclosed in frames and separated by pillars formed of a variety of motifs such as trees, flowers, acanthus leaves, heads of angels, and architectural elements. Lower margins are filled with figurative scenes that chronicle the Book of Esther's narrative or allude to midrashim and other sources. They are separated by the octagons (placed beneath the decorative pillars) filled mainly with land- and seascapes, most likely with no direct relation to the Purim story. The scroll ends with five full representations of the Esther story protagonists holding oval shields that in some exemplars (e.g. the JHM megillah) are filled with the Hebrew text. The panel above them is narrower than other panels; it was dedicated to a blessing after the Megillah that in some exemplars is inscribed in this place and sometimes it is also followed by the liturgical poem for Purim. The manuscript from the JHM collection is one of the very few examples of this type that is colored by hand. 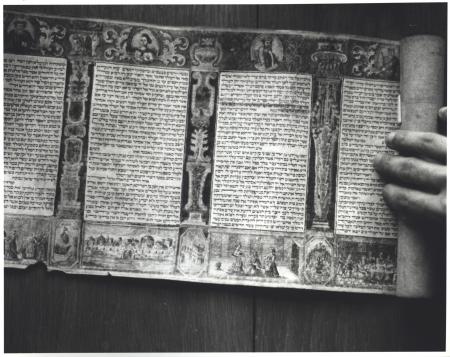 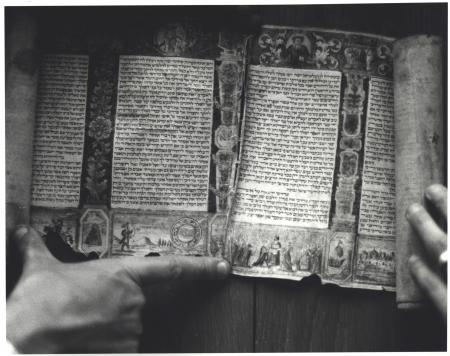 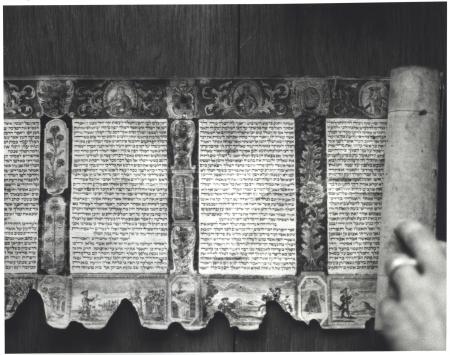 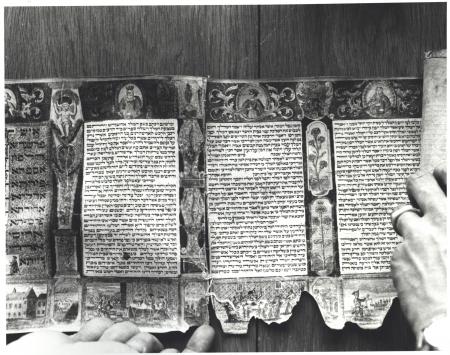 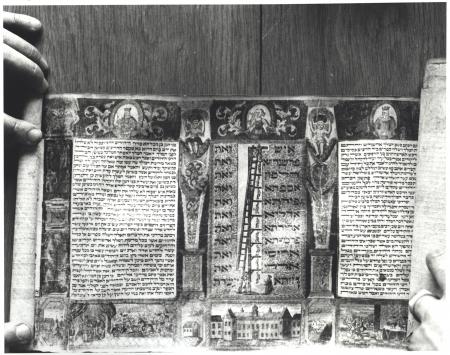 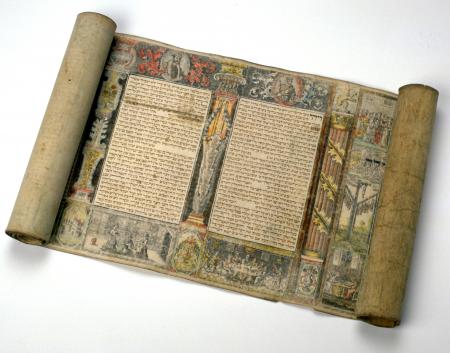 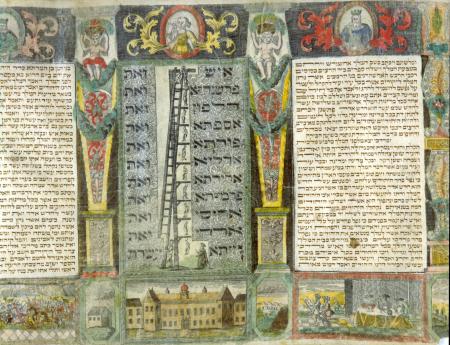 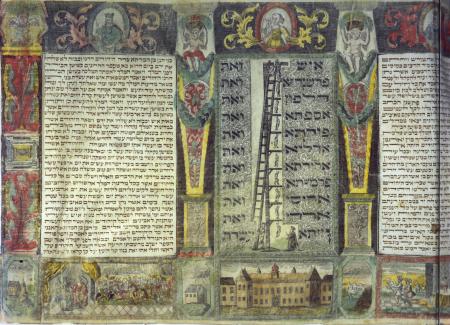 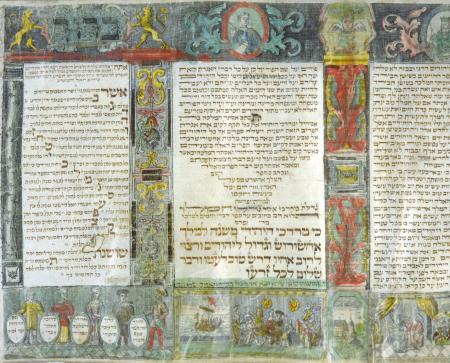