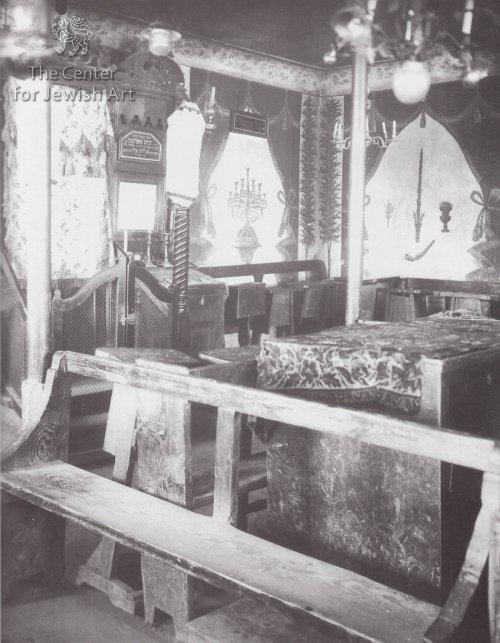 A photograph made by the S. An-sky expedition in 1913 shows a small prayer room.

On its eastern wall, to the south of the Torah ark and amud, a menorah is depicted in the center of a panel, which is partly covered by a splendid curtain. On the southern wall, a similar panel includes the depictions of a lulav, ethrog, hadas and aravah - the four species used during the Sukkot festival.

The panels are flanked by depictions of high tree. The cornice of the pryer room is decorated by painted or stencil grapes.